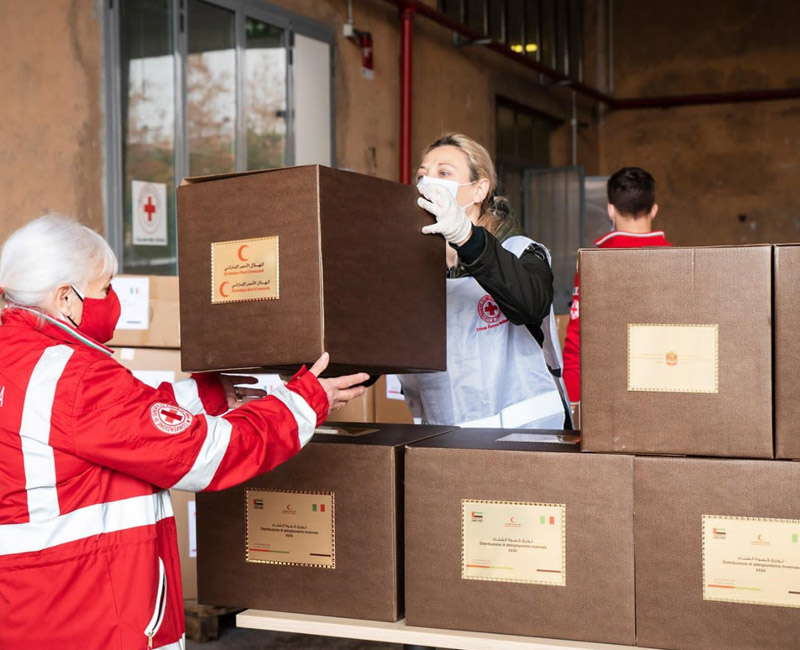 The project is part of the winter aid programme implemented by the ERC to help people affected by cold weather in 25 countries and took place through the coordination between the UAE Embassy in Rome, the ERC, the Italian Red Cross, civil defence authorities, other official authorities and non-profit organisations.

Dr. Mohammed Ateeq Al Falahi, Secretary-General of the ERC, stated that the programme is being implemented upon the directives and monitoring of Sheikh Hamdan.

He added that Sheikh Hamdan is keen to support those affected and provide for their basic needs throughout the year, but he directed the ERC to prioritise winter supplies, as the affected people stay in camps and other areas lacking heating.

The ERC has intensified the programme this year due to the coronavirus pandemic, therefore, it is important to create acceptable conditions for the beneficiaries, as well as protect them from flu and other winter diseases, Al Falahi further added.

He commended the cooperation between the ERC and the UAE’s embassies abroad in distributing Emirati aid to friendly countries and lauded the role of the UAE Embassy in Rome in enlarging the scope of beneficiaries of the winter aid programme in Italy, San Marino and North Macedonia.

Omar Obaid Mohammed Al Shamsi, UAE Ambassador to Italy and Non-Resident Ambassador to San Marino and North Macedonia, lauded Sheikh Hamdan’s generous initiative that reflects the true feelings of fraternity and solidarity between the UAE’s leadership and people and all other humans, which is the legacy of the Founding Father, the late Sheikh Zayed bin Sultan Al Nahyan.

The embassy will implement the directives of Sheikh Hamdan and monitor the needs of vulnerable families, most notably those affected by the economic aftermath of the coronavirus pandemic this winter, he added.