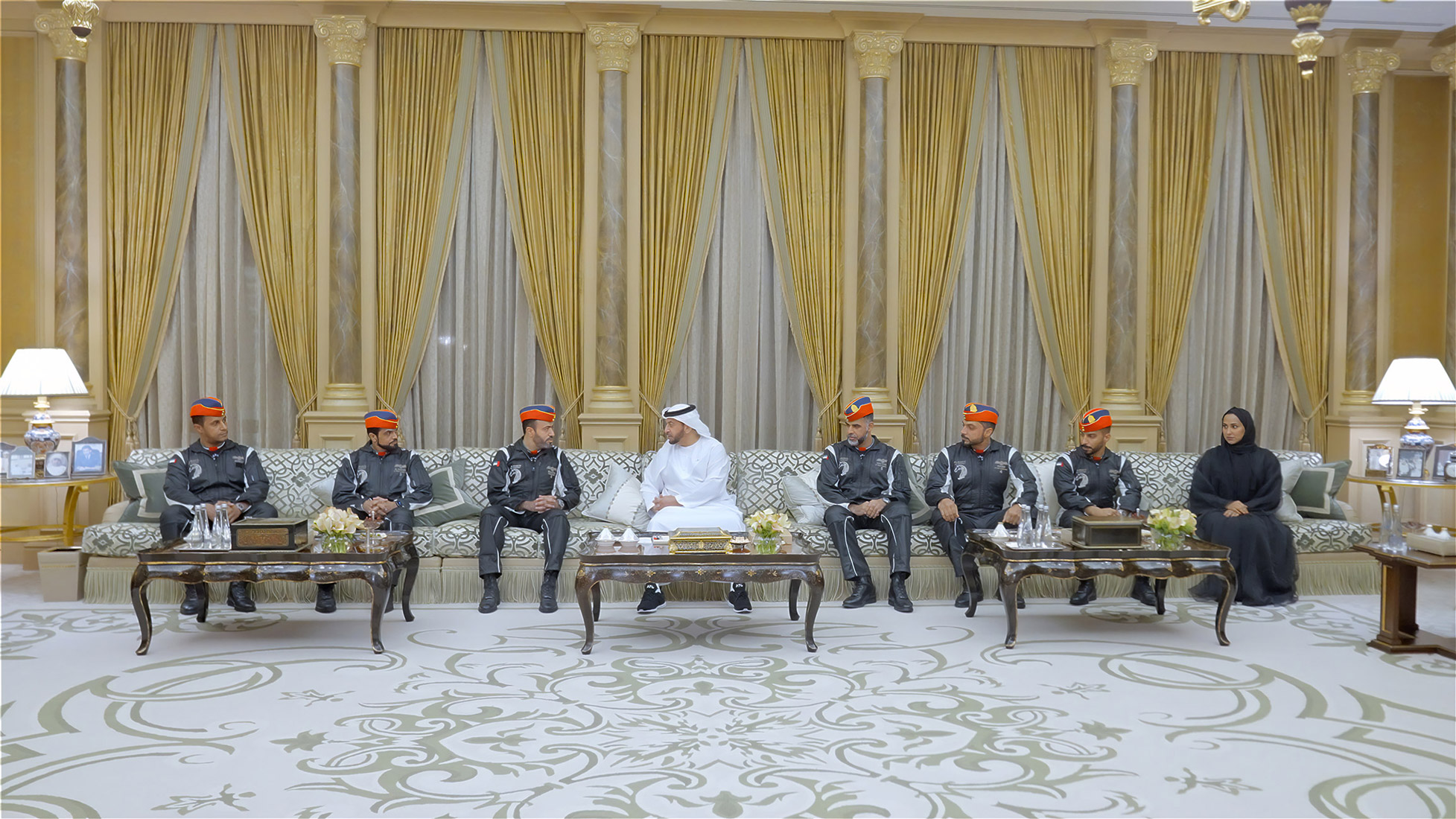 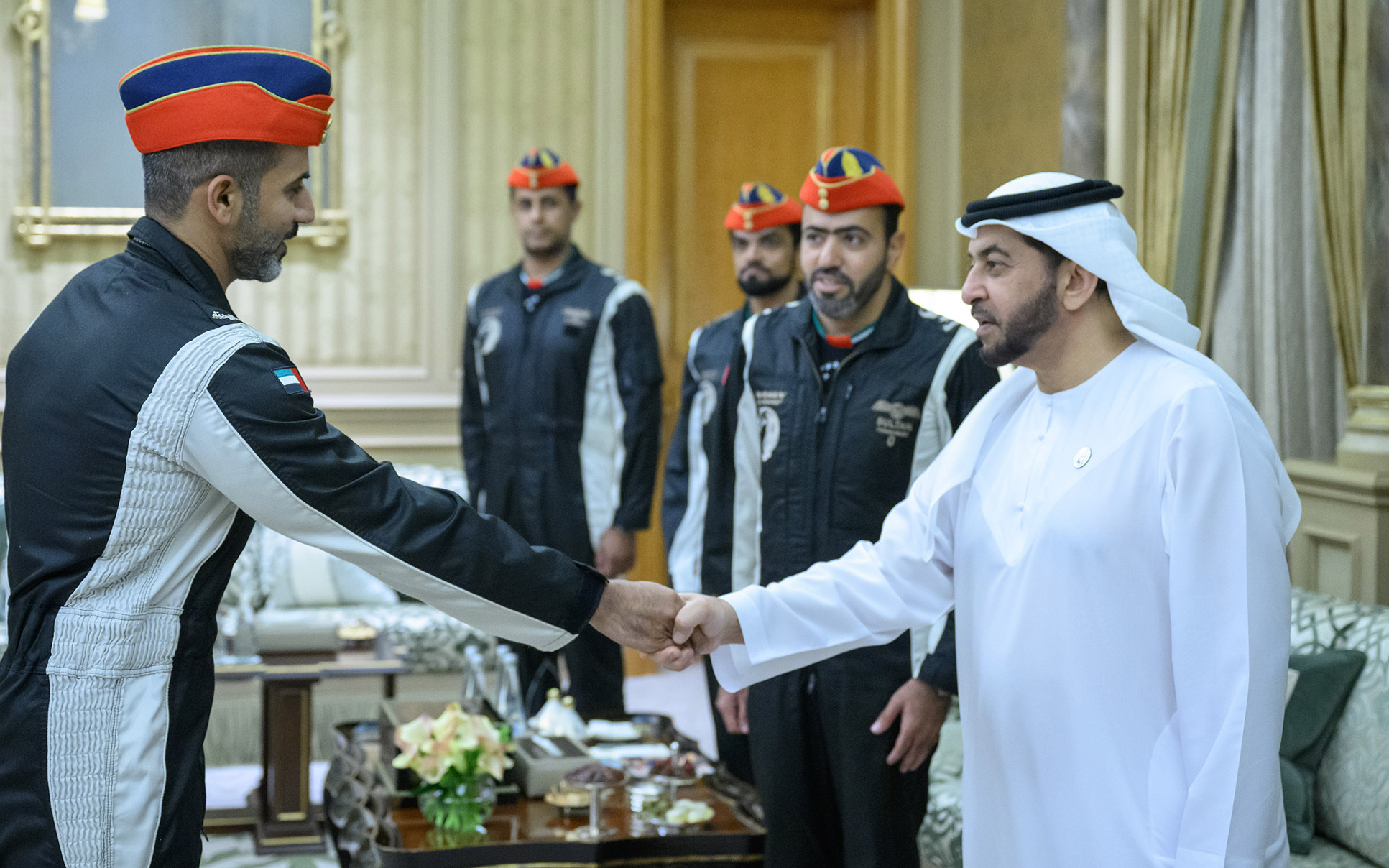 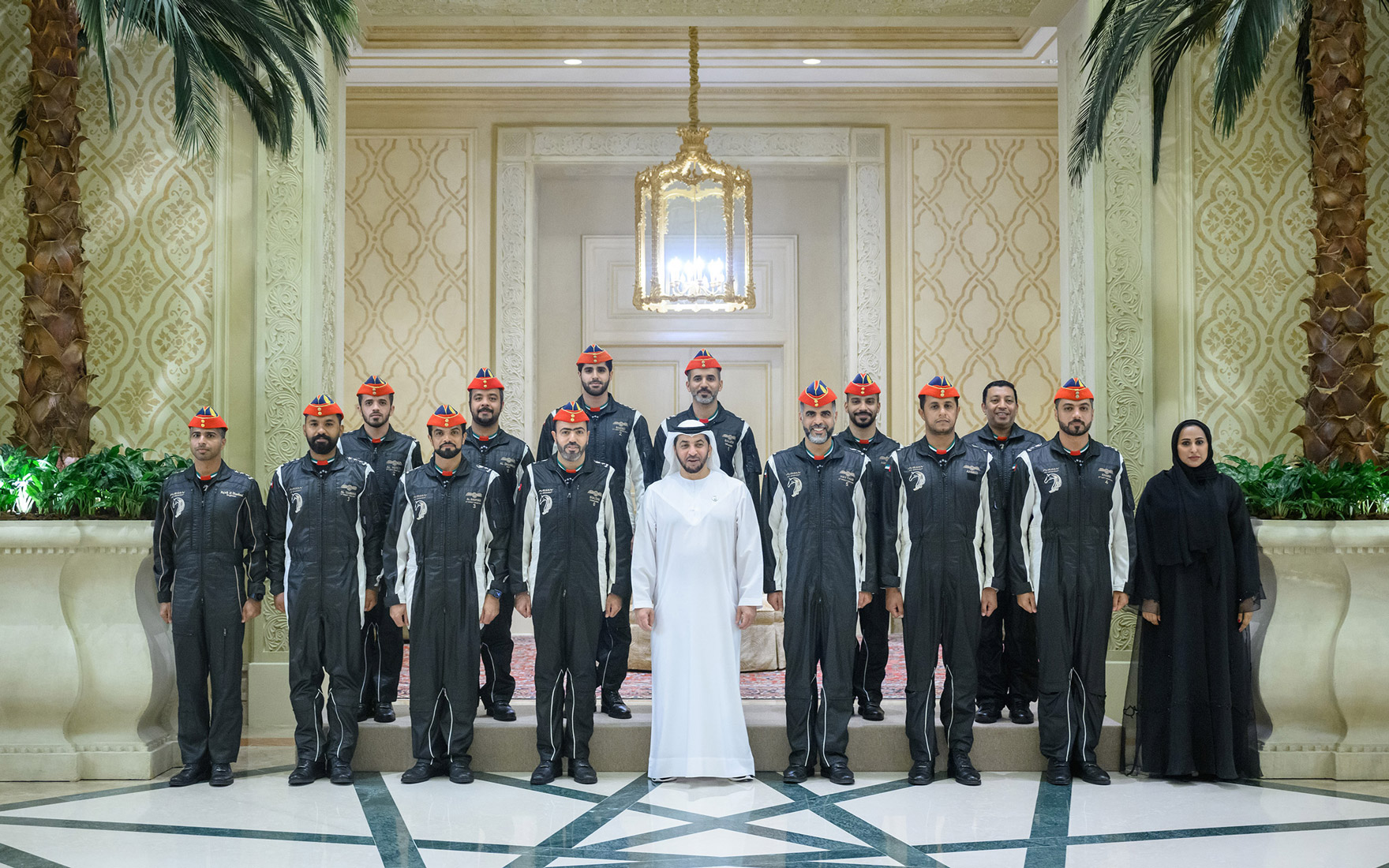 During the meeting, Sheikh Hamdan lauded the team’s contributions to local and national occasions, as well as for representing the UAE in regional and international events.

He also stressed that the team, since its inception, has gained a good reputation among aerobatics teams from around the world, highlighting its members' professionalism and advanced skills. They are the country’s ambassadors abroad and contribute to enhancing its international stature, he noted.

The meeting was attended by Ahmed Matar Al Dhaheri, Director of the Office of the Ruler’s Representative in Al Dhafra Region, and Issa Hamad Boushehab, Advisor to the Chairman of the ERC.