H.H. Sheikh Hamdan bin Zayed Al Nahyan, Ruler's Representative in Al Dhafra Region, affirmed the keenness of the UAE, under the leadership of President His Highness Sheikh Mohamed bin Zayed Al Nahyan, to supply the UAE Armed Forces with the most cutting-edge weapons and equipment, enabling them to optimally perform their role in defending the country and protecting its security, stability and gains. 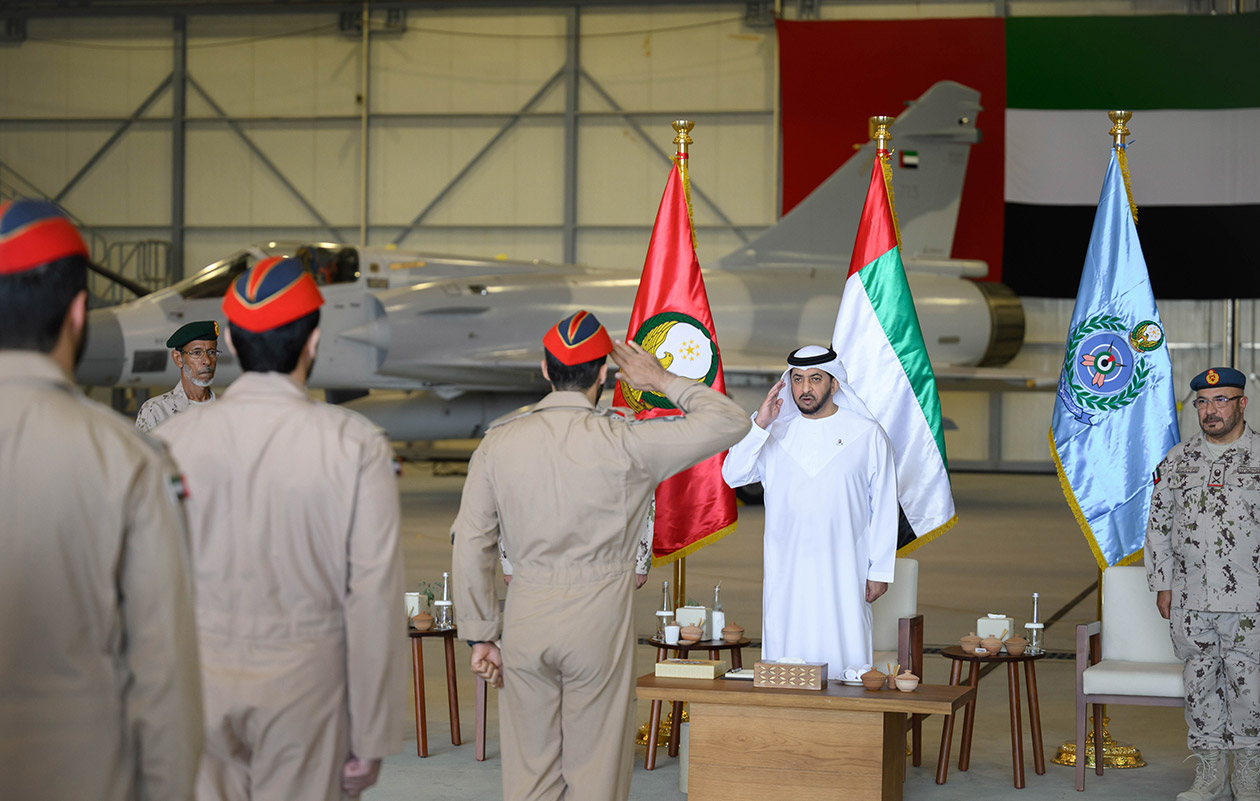 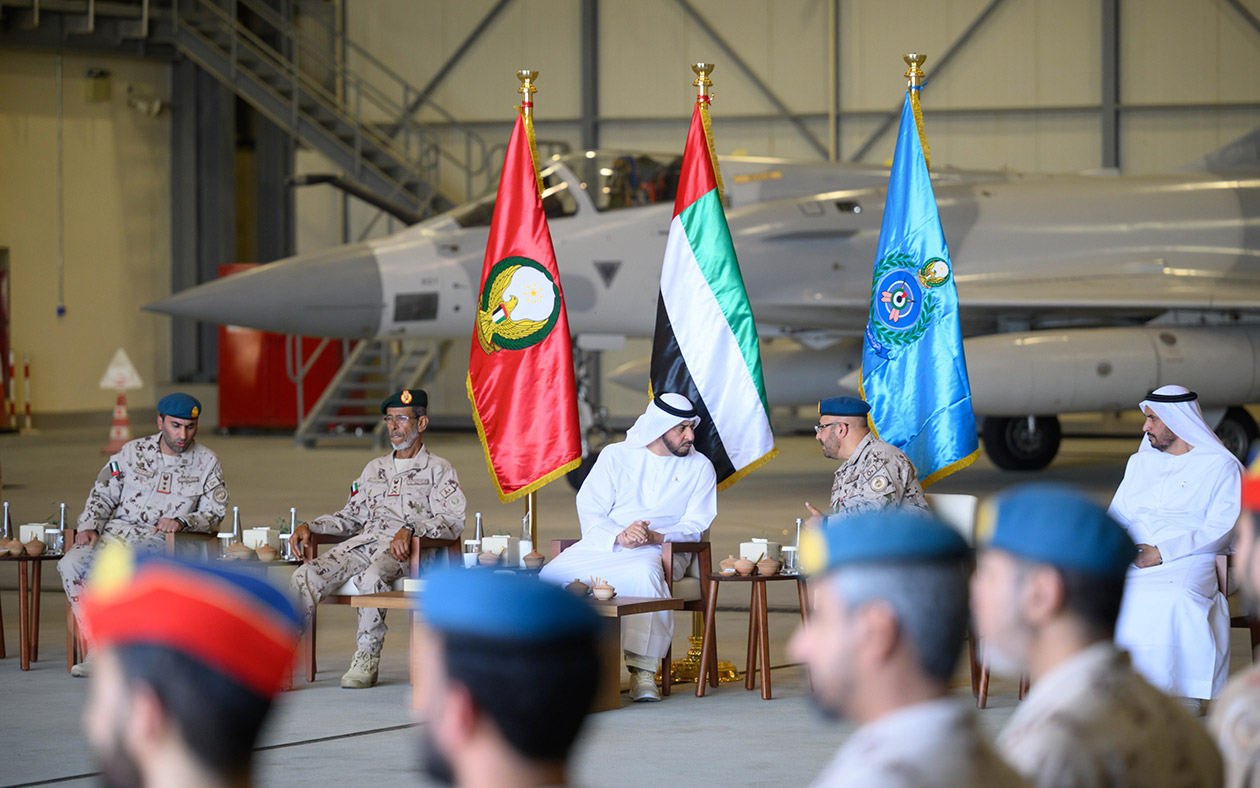 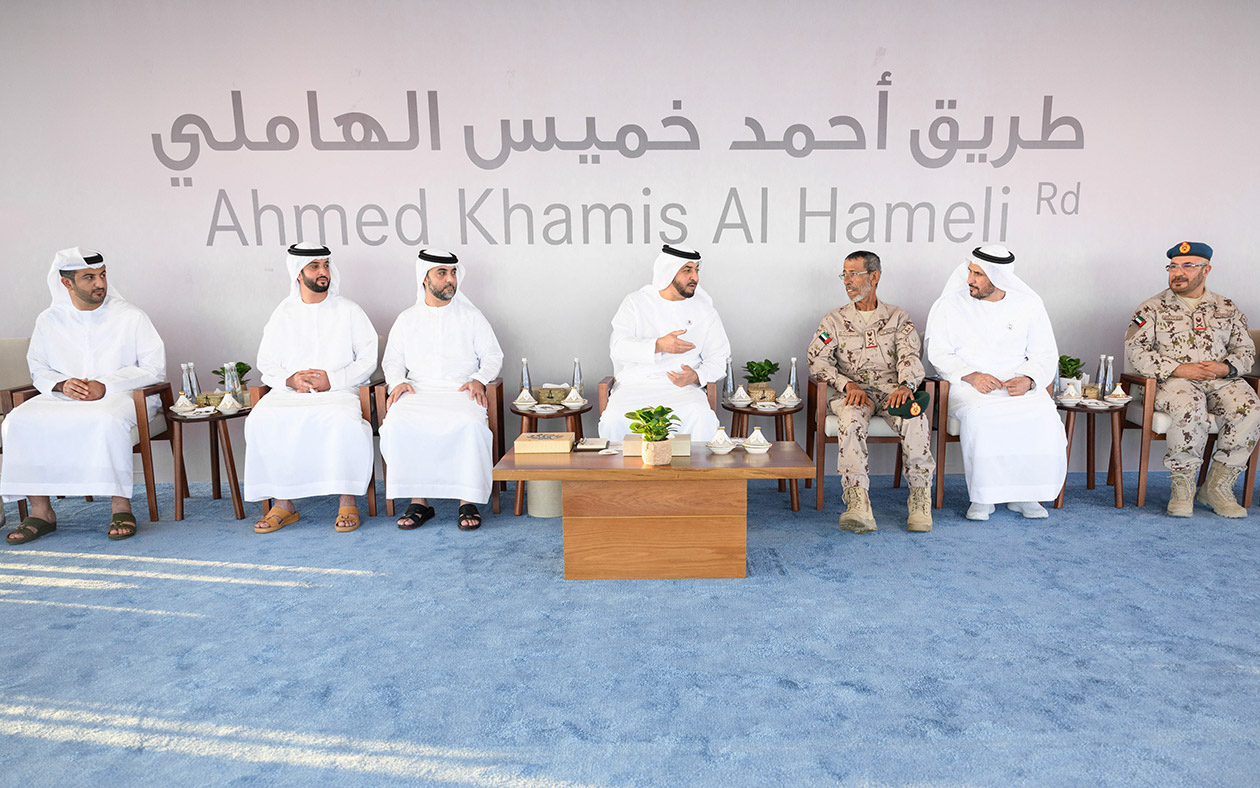 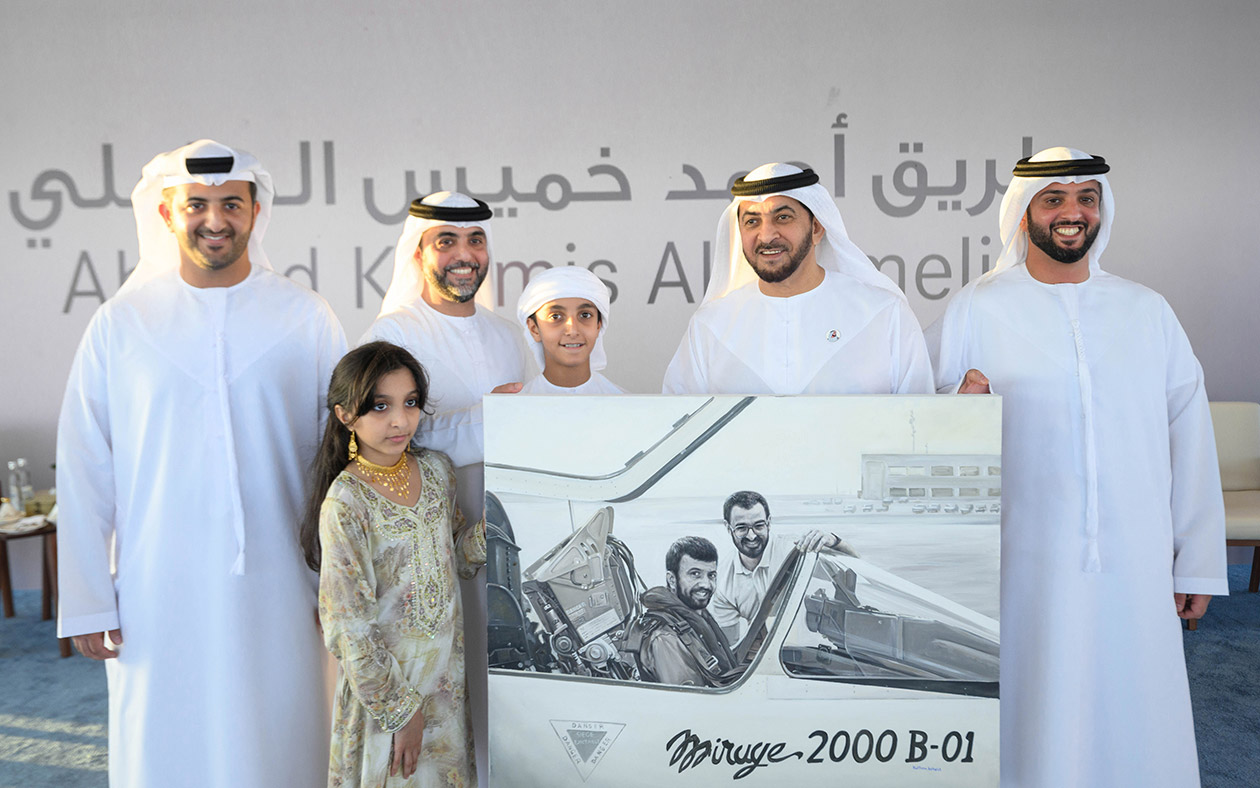 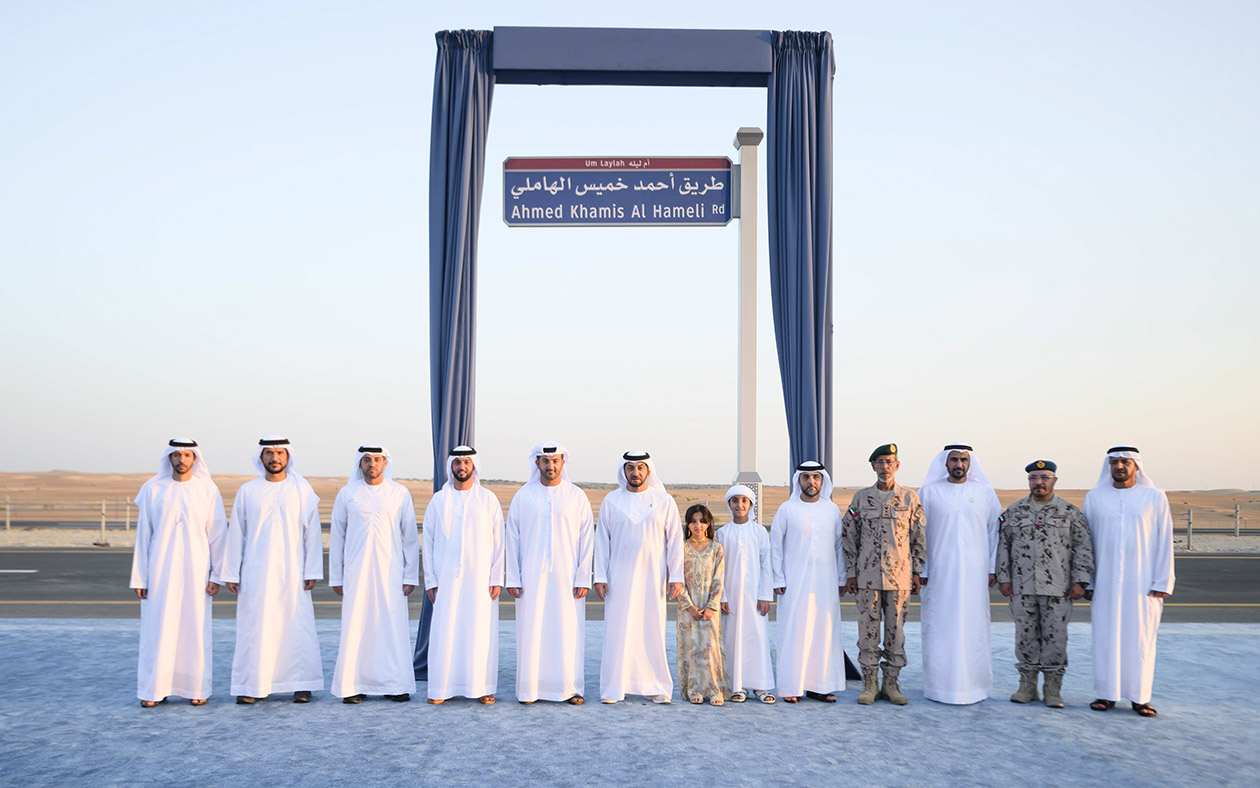 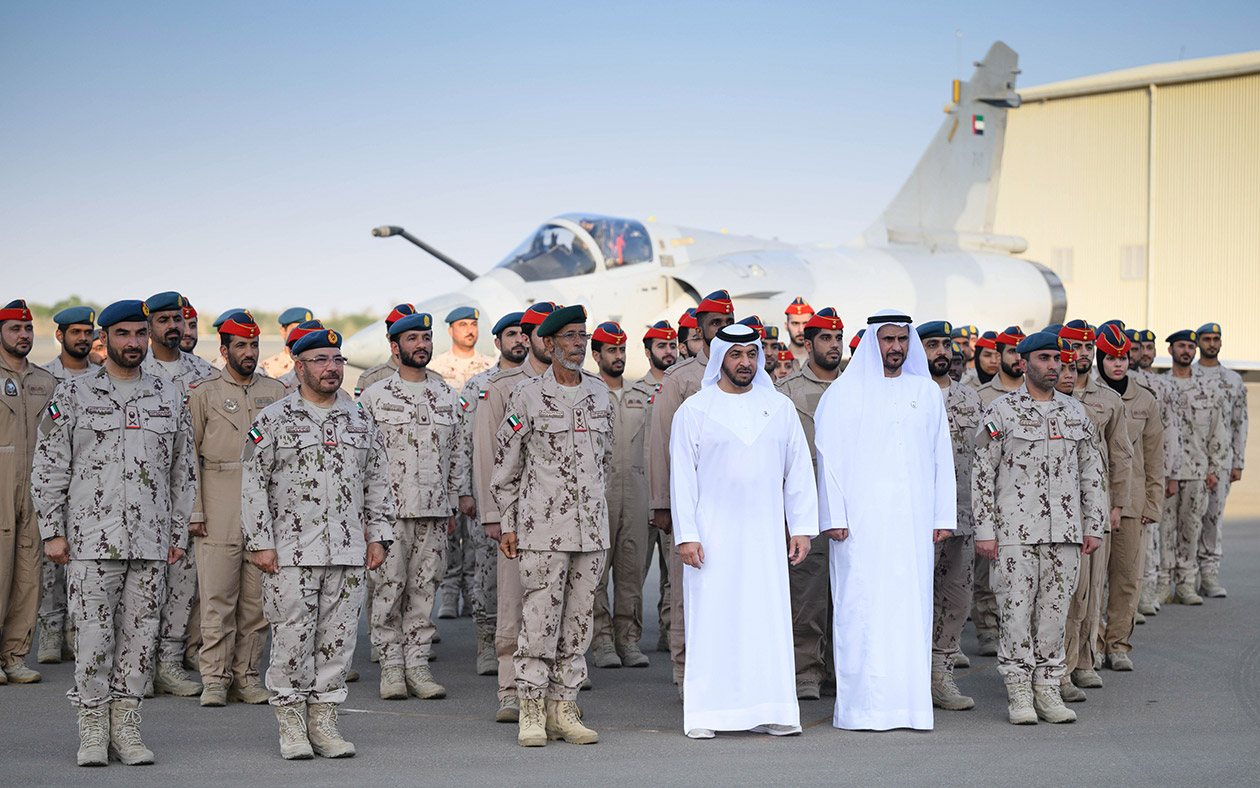 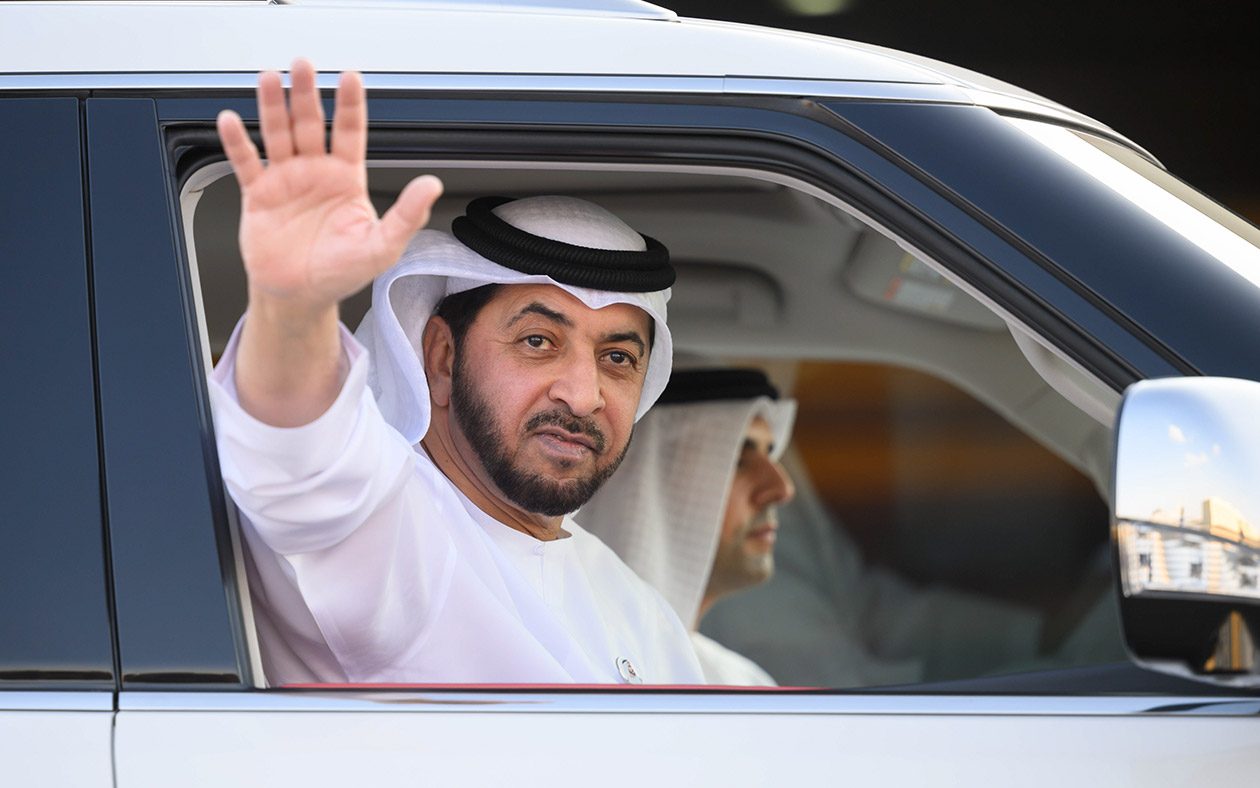 The UAE Armed Forces also assist in many areas of humanitarian work, aiding in preserving the world’s security and safety, he added.

He made this statement during his vist to Liwa Air Base, where he was received by Lt. General Hamad Mohammed Thani Al Rumaithi, Chief of Staff of the UAE Armed Forces, Mattar Salem Al Dhaheri, Under-Secretary of the Ministry of Defence, Major General Staff Pilot Ibrahim Nasser Mohamed Al Alawi, Commander of the Air Force and Air Defence, and several senior officers from the UAE Armed Forces.

During his visit, Sheikh Hamdan lauded the level of advancement of the UAE Armed Forces and Air Force, noting that Emirati citizens have a high sense of determination, devotion and giving. He also expressed his confidence in Emirati youth and their ability to deploy advanced weapons and technologies.

The 58-kilometre road was constructed by Al Dhafra Region Municipality, the Integrated Transport Centre, a branch of the Department of Municipalities and Transport of the Emirate of Abu Dhabi, and Aldar Properties.

During the road’s inauguration ceremony, Sheikh Hamdan honoured the sons and grandchildren of the late Al Hameli, and was briefed about the project’s development process.

The road, which is one of the most important roads in Al Dhafra Region, will increase traffic safety and meet the needs of residents for services and facilities, he said.