H.H. Sheikh Hamdan bin Zayed Al Nahyan, Ruler's Representative in Al Dhafra Region and President of the Board of Trustees of Abu Dhabi University, congratulated Abu Dhabi University on the occasion of its ranking in third place at the level of higher education institutions in the country, the seventh place amongst Arab universities, as well as making the list of the top 350 prestigious universities globally in the Times Higher Education World University Rankings 2023. 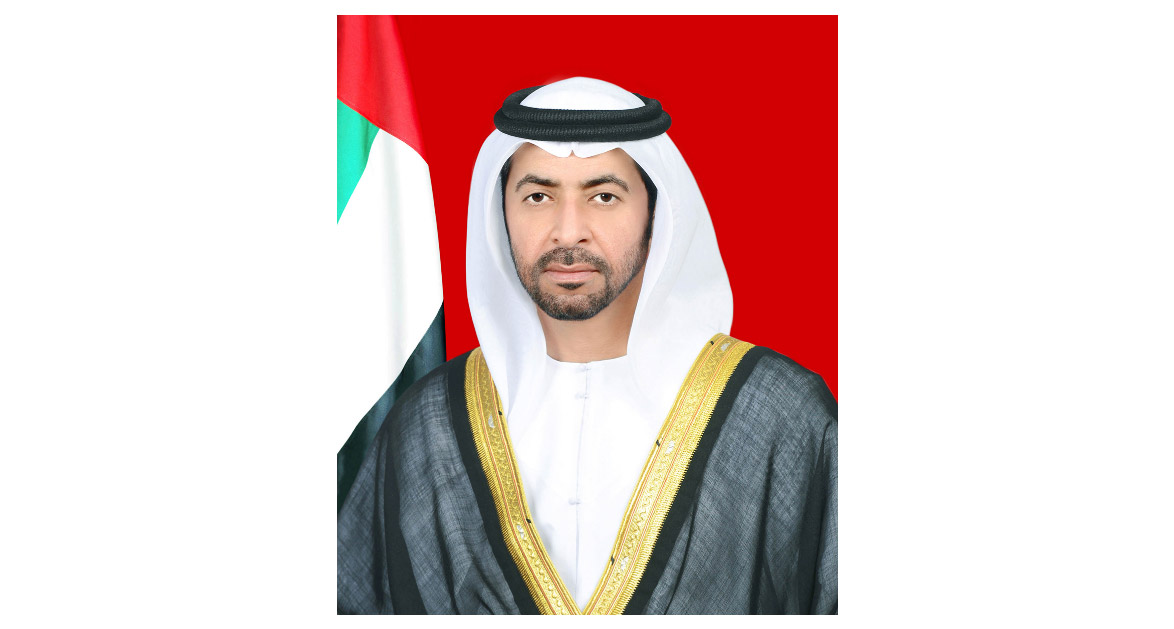 Abu Dhabi University participated in this ranking for the first time and succeeded in competing with more than 1600 universities distributed over 99 countries and territories from around the world.

H.H. Sheikh Hamdan bin Zayed Al Nahyan stressed that President His Highness Sheikh Mohamed bin Zayed Al Nahyan regards the education sector as a top priority, considering the role and importance of education in upskilling and investing in human capital while empowering future generations to better keep pace with scientific and technological developments in all areas of life.

Sheikh Hamdan bin Zayed said that Abu Dhabi University has been a national success story; a prestigious academic institution that has made great strides in the area of scientific and technological progress.

He expressed his pride in the University's academic excellence and in leading the list of the top seven Arab universities. The University has distinguished itself by contributing greatly to the UAE’s agenda for the ‘Next Fifty,’ which includes the launch of prominent national projects across sectors, including industrial, technological, economic and health. These national projects are aimed at improving the quality of life and overall well-being and happiness for all citizens, residents and visitors to the Emirate of Abu Dhabi and the United Arab Emirates.

The university has succeeded in achieving qualitative leaps in teaching, scientific research, community service and innovative solutions to shaping the future. Sheikh Hamdan bin Zayed stressed that excellence at various local, regional and international levels represents a strategic choice for Abu Dhabi University since its inception, and in this regard the university has kept pace with scientific development at various stages, especially with regard to the global academic accreditation of the programs offered and topping the international competitiveness indicators.

This came in a statement by His Highness on the occasion of announcing the results of the Times Higher Education World University Rankings 2023.

Abu Dhabi University is unique in the cultural diversity of its students and faculty, who represent 90 countries from around the world. The University also has multiple international partnerships and agreements aimed at knowledge exchange. This is reflected in the University's ranking in 10th place globally on the ‘international outlook’ indicator.

The Ranking confirms ADU’s advanced research capabilities as it is ranked 264th globally for Research Citations. The Ranking recognises the quality of research being conducted at the University and its growing impact as a centre for innovation and new ideas.

Abu Dhabi University is home to over 7500 students, studying in 50 programmes. The University is accredited nationally and internationally, including by the US-based Western Association of Schools and Colleges and has campuses in Abu Dhabi, Al Ain and Dubai.

With research and teaching in colleges of engineering, business, law, health sciences and arts and science, the University is the largest provider of programmes in engineering, architecture and design and is home to the only college of business in the UAE with both EQUIS and AACSB accreditations, and boasts accreditations from the Royal Institute of British Architects, and the Accreditation Board for Engineering and Technology (ABET), among others. Committed to supporting national and regional priorities, the University continues to introduce new programmes and concentrations, with recent additions including cybersecurity, artificial intelligence, biomedical engineering, human nutrition and dietetics, laboratory medicine, and molecular and human genetics.

The Times Higher Education World University Rankings 2022 include more than 1,600 universities across 99 countries and territories, making it the largest and most diverse university rankings to date. The table is based on 13 carefully calibrated performance indicators that measure an institution’s performance across four areas: teaching, research, knowledge transfer and international outlook.