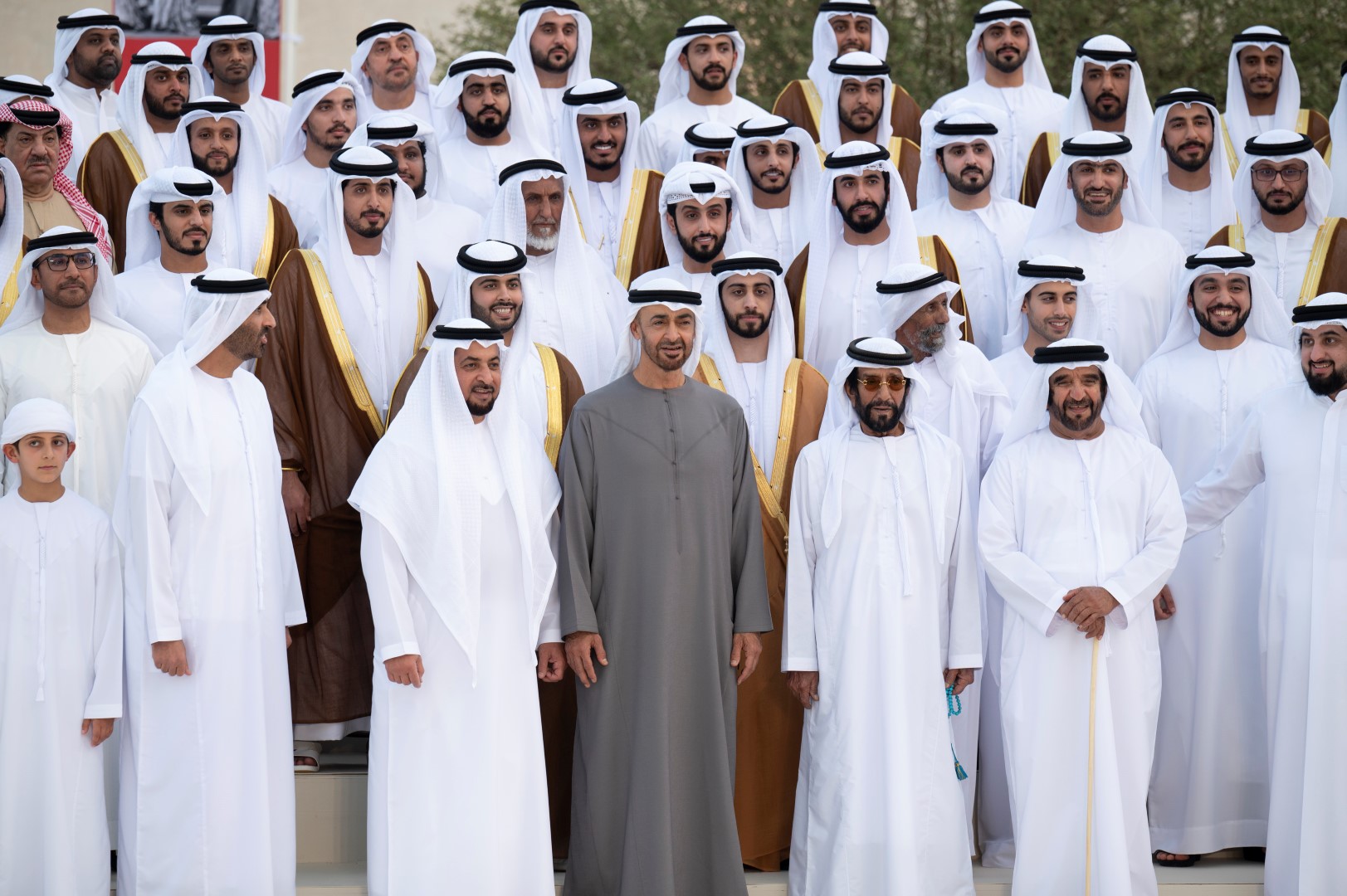 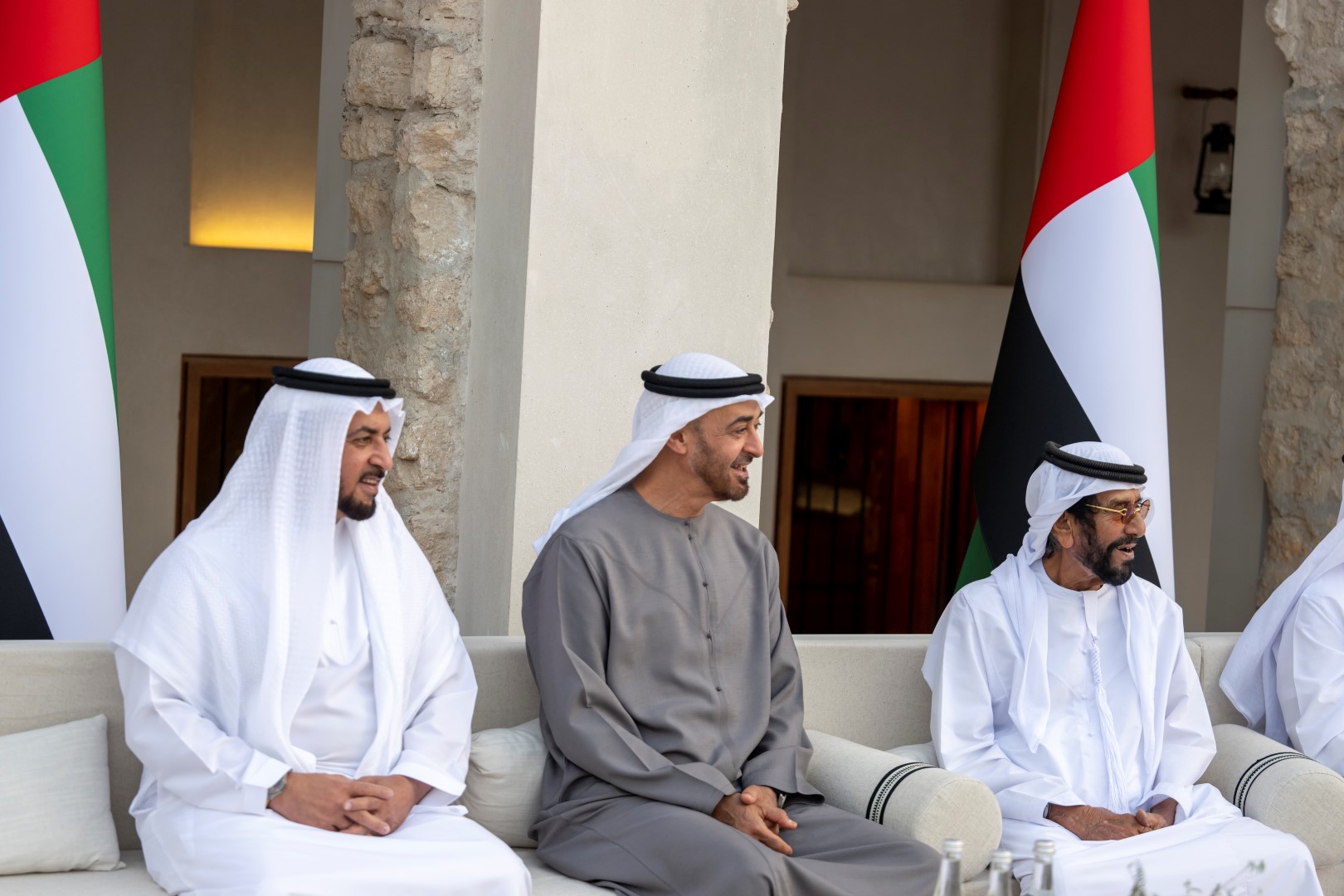 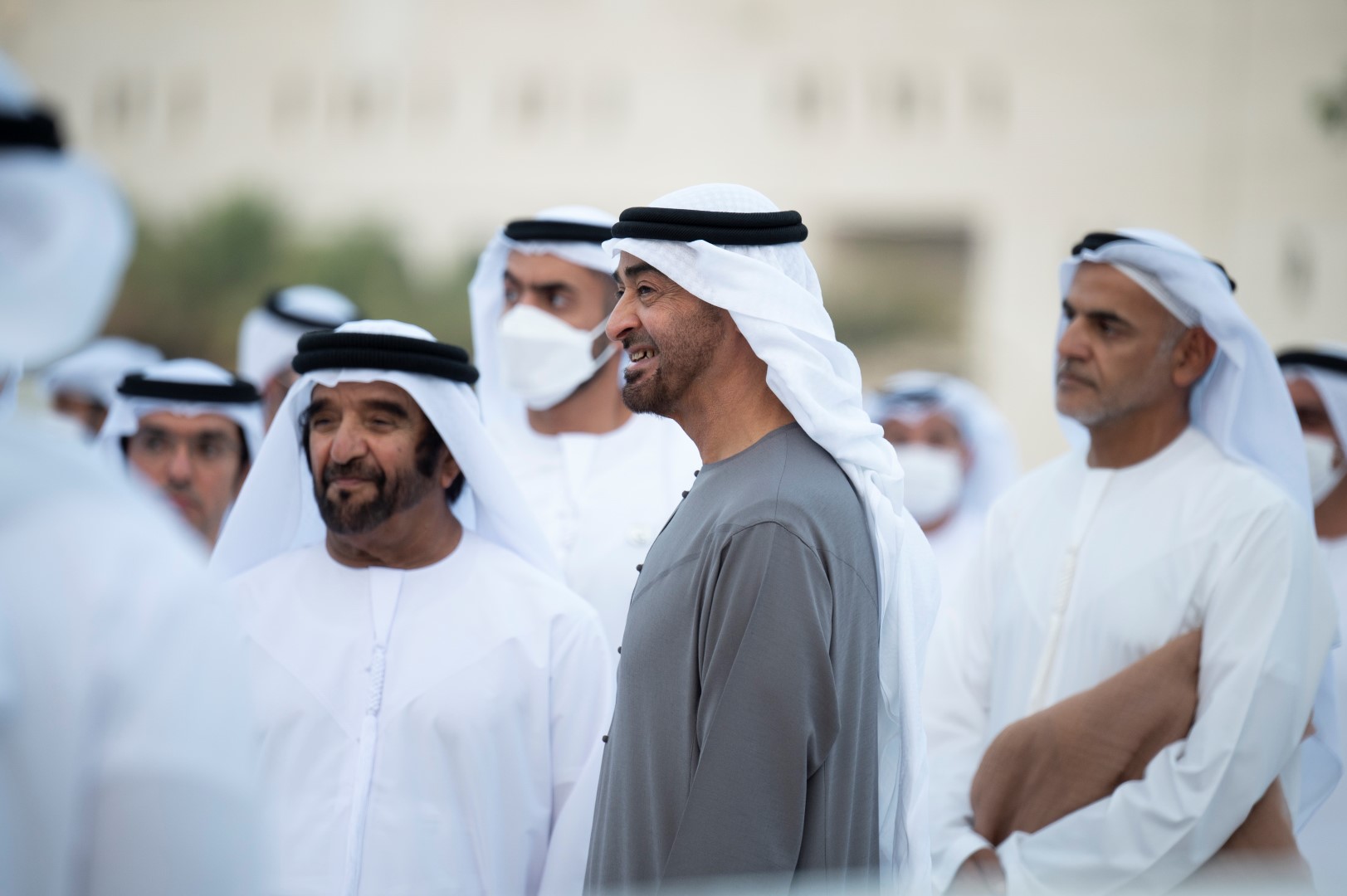 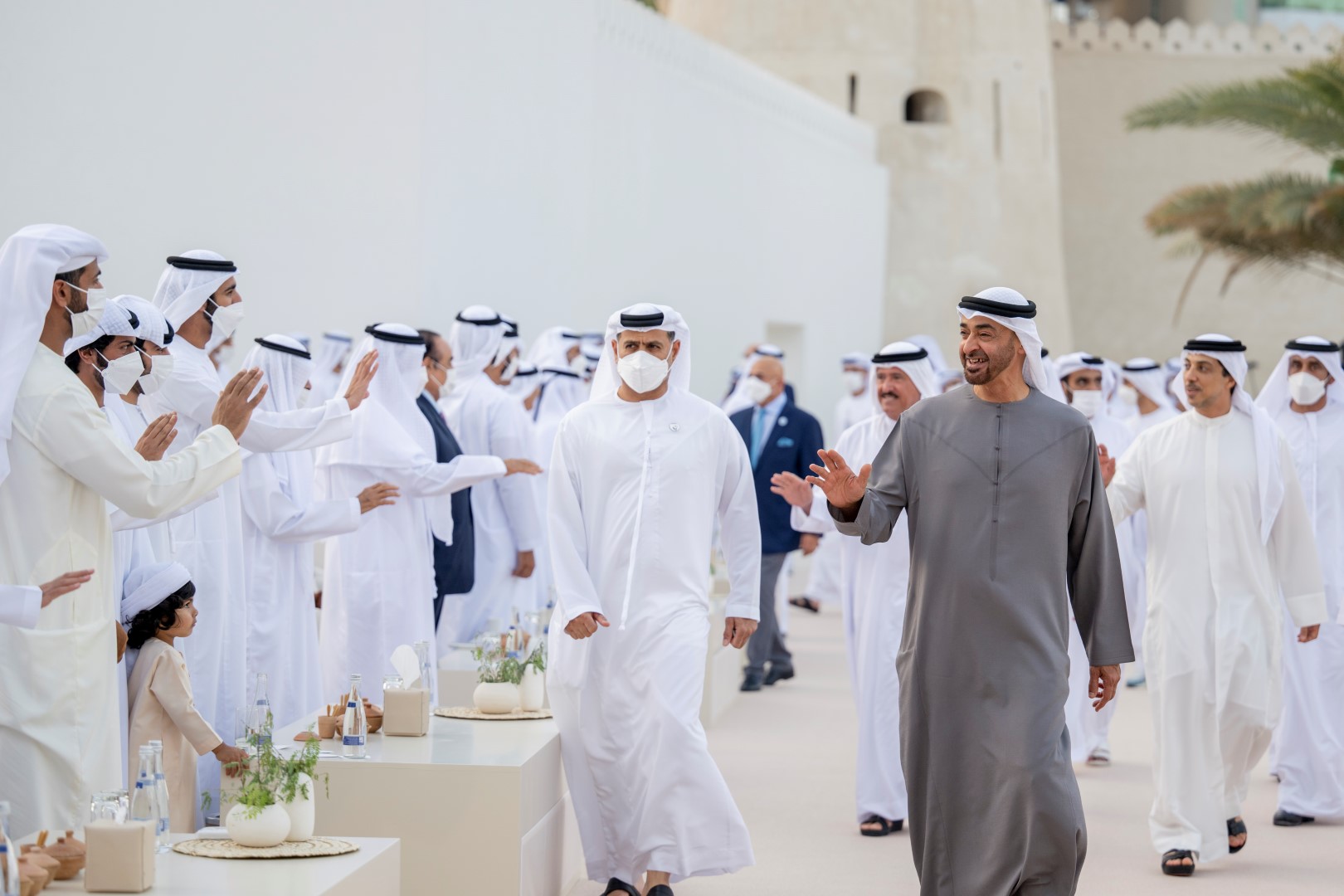 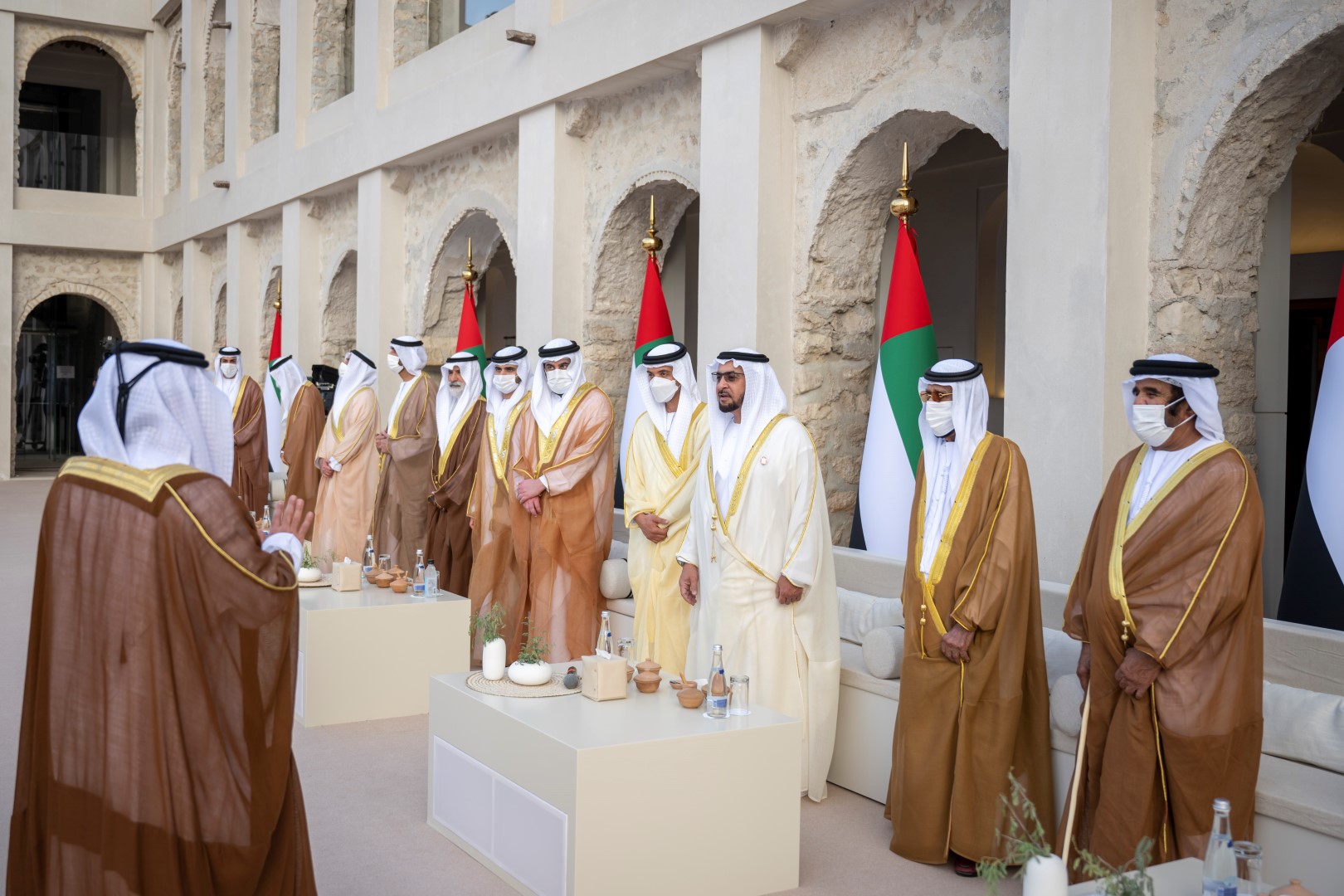 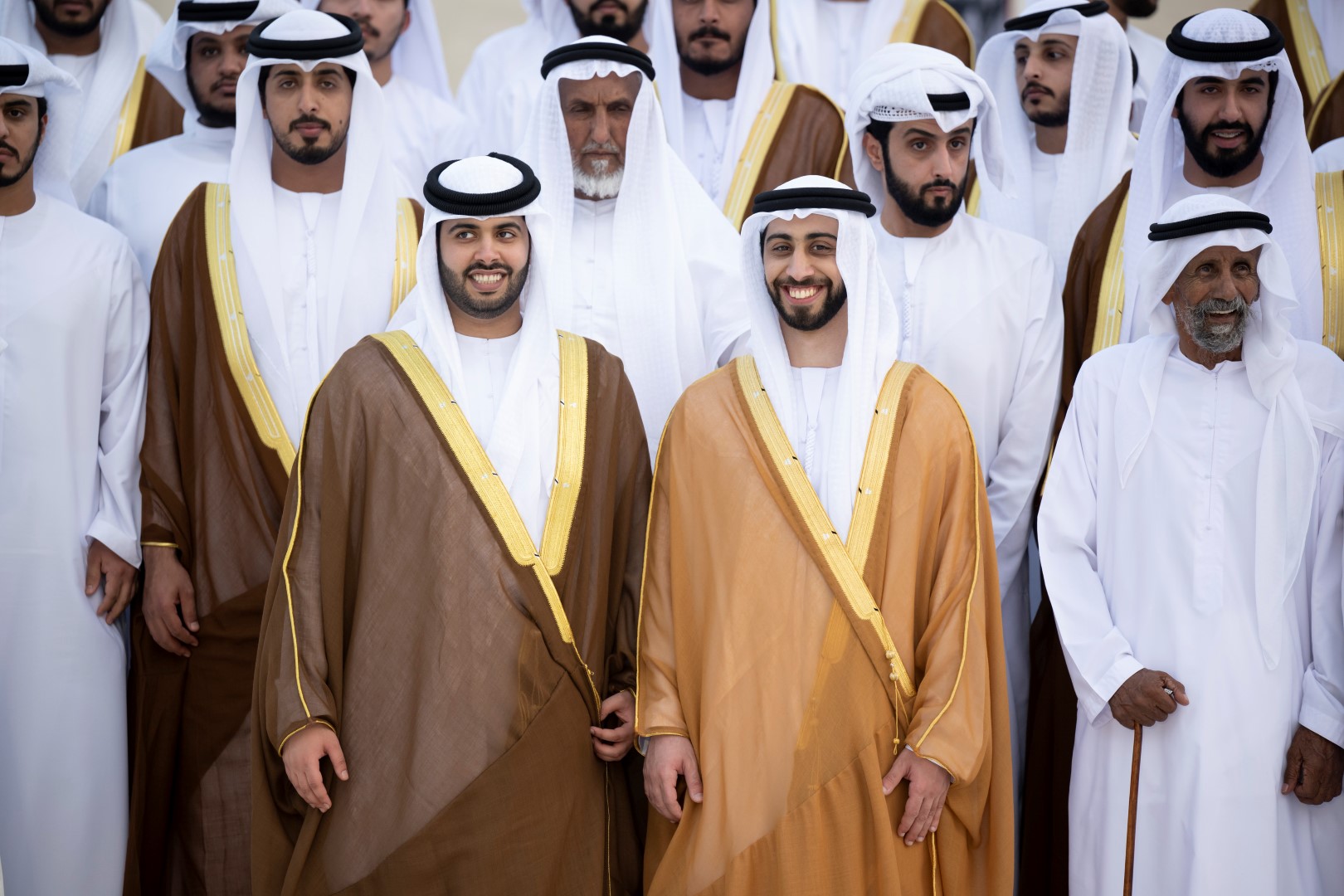 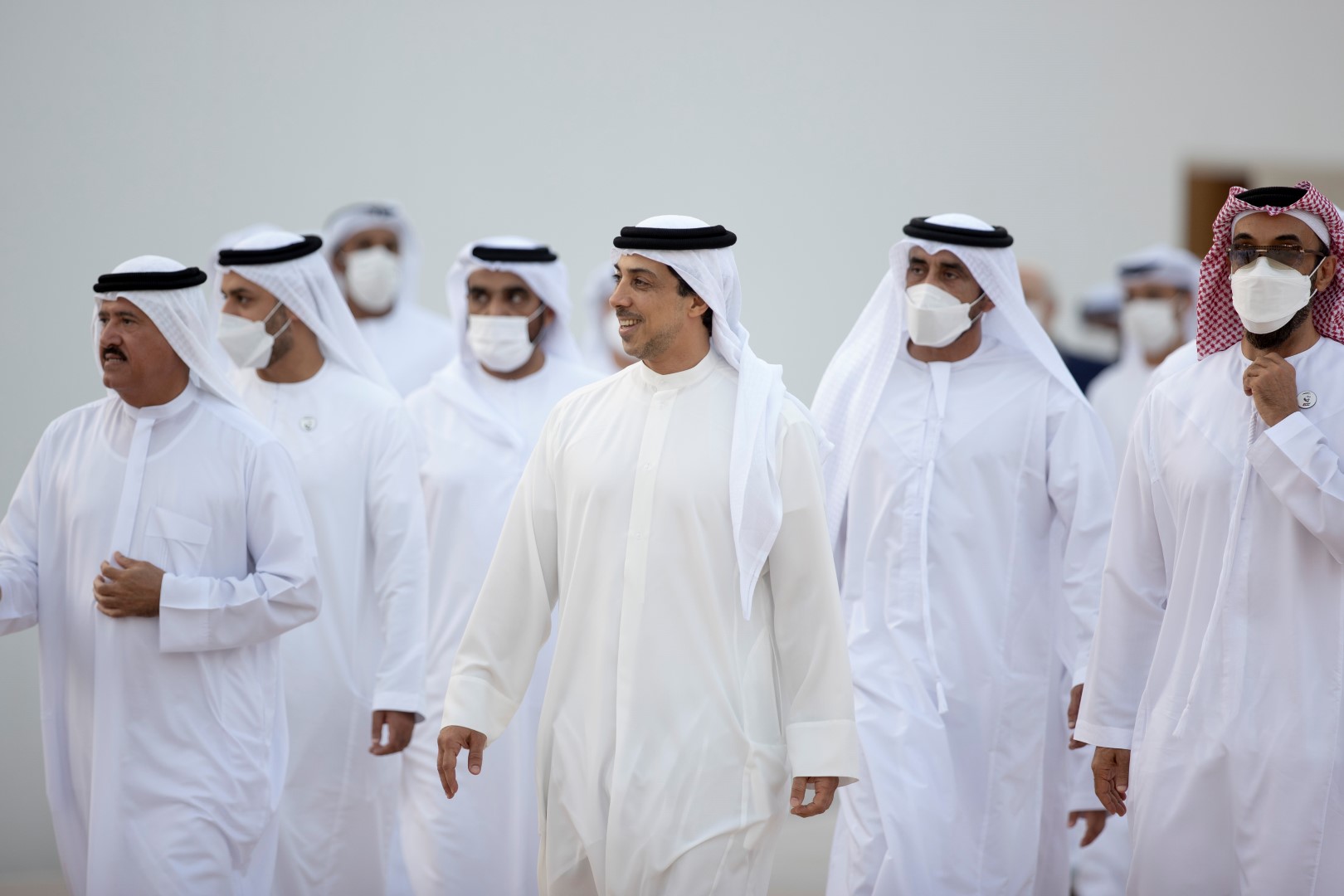 Speaking to the newlywed, Sheikh Mohamed reiterated the importance of strengthening family cohesion in a way that preserves the authentic values of the UAE society, noting that a happy family is a building block of a strong society.

He added that the UAE leadership, under President His Highness Sheikh Khalifa bin Zayed Al Nahyan, is determined to continue to support Emirati youth and provide them with all the means that ensure their family stability and social welfare.

The couples expressed their happiness and gratitude to Sheikh Mohamed and other UAE sheikhs for sharing these special moments with them, stressing the importance of collective marriage ceremonies in consolidating the quintessential Emirati values of social stability and cohesion.

The mass wedding reception involved traditional folklore dances performed by Emirati troupes in the presence of a large number of Sheikhs, and high-ranking officials.