H.H. Sheikh Hamdan bin Zayed Al Nahyan, Ruler's Representative in Al Dhafra Region and Chairman of the Board of Directors of the Environment Agency - Abu Dhabi (EAD), inaugurated the Al Wathba Fossil Dunes Protected Area, which is the first of its kind in the country, and one of the first in West Asia. 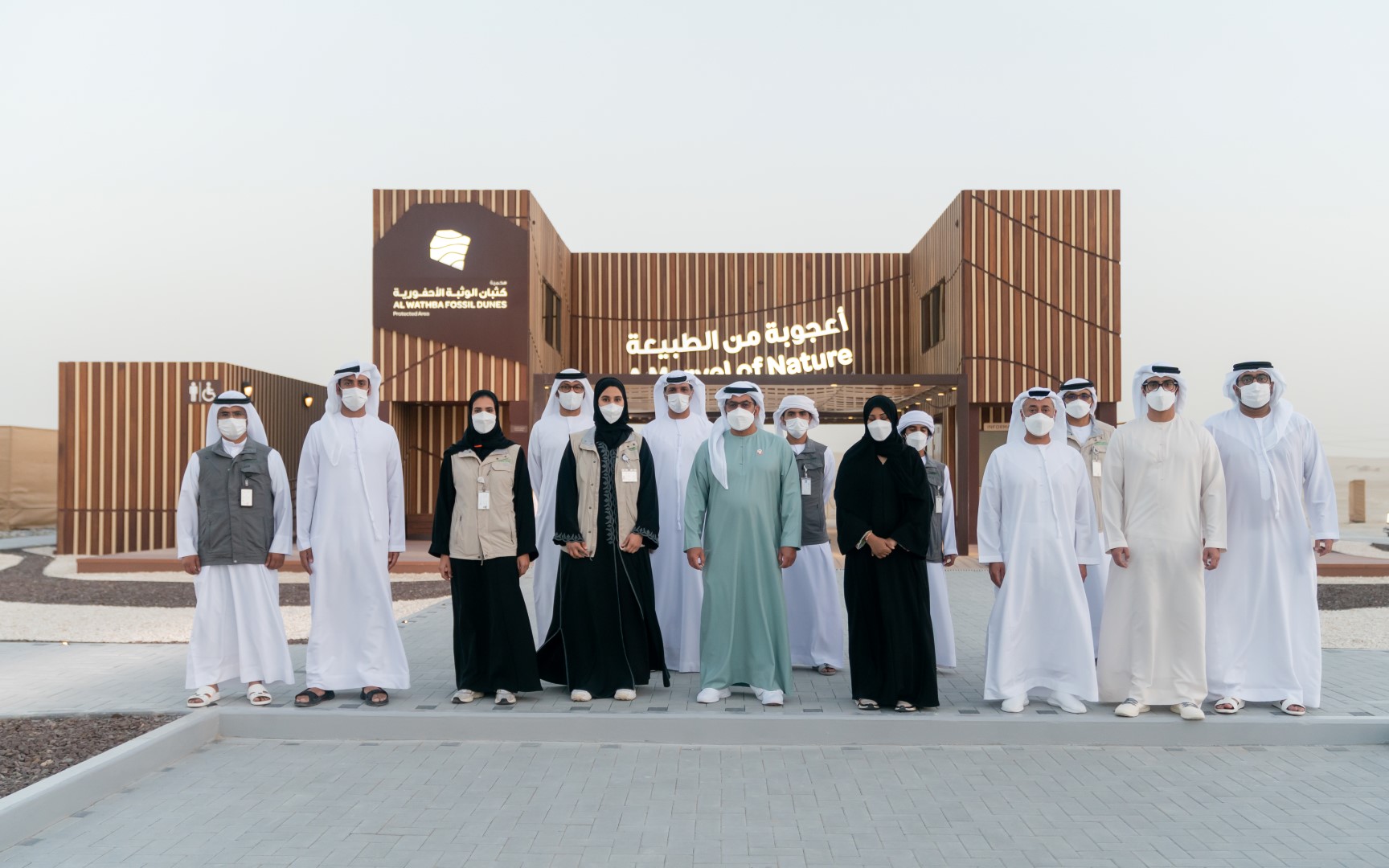 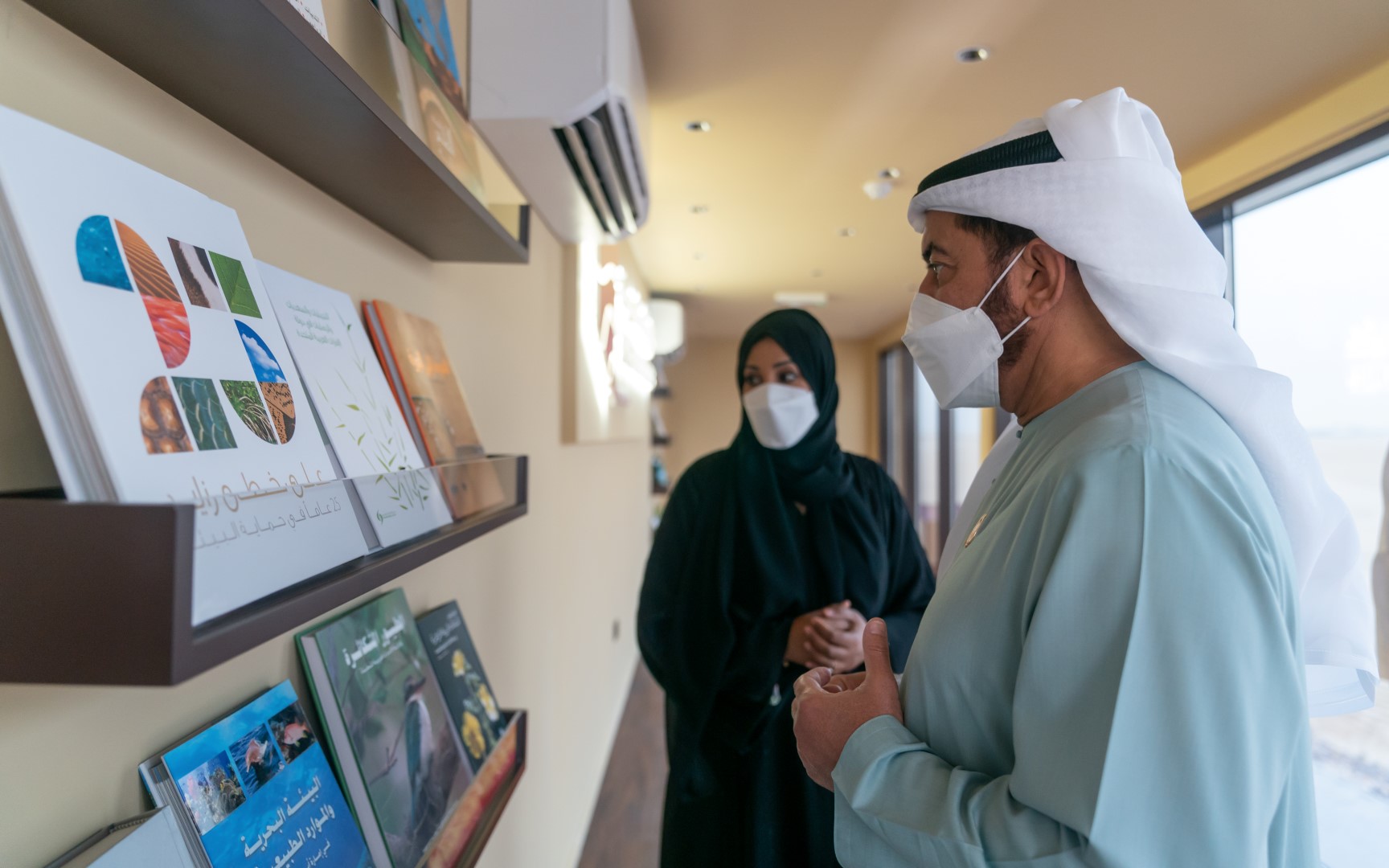 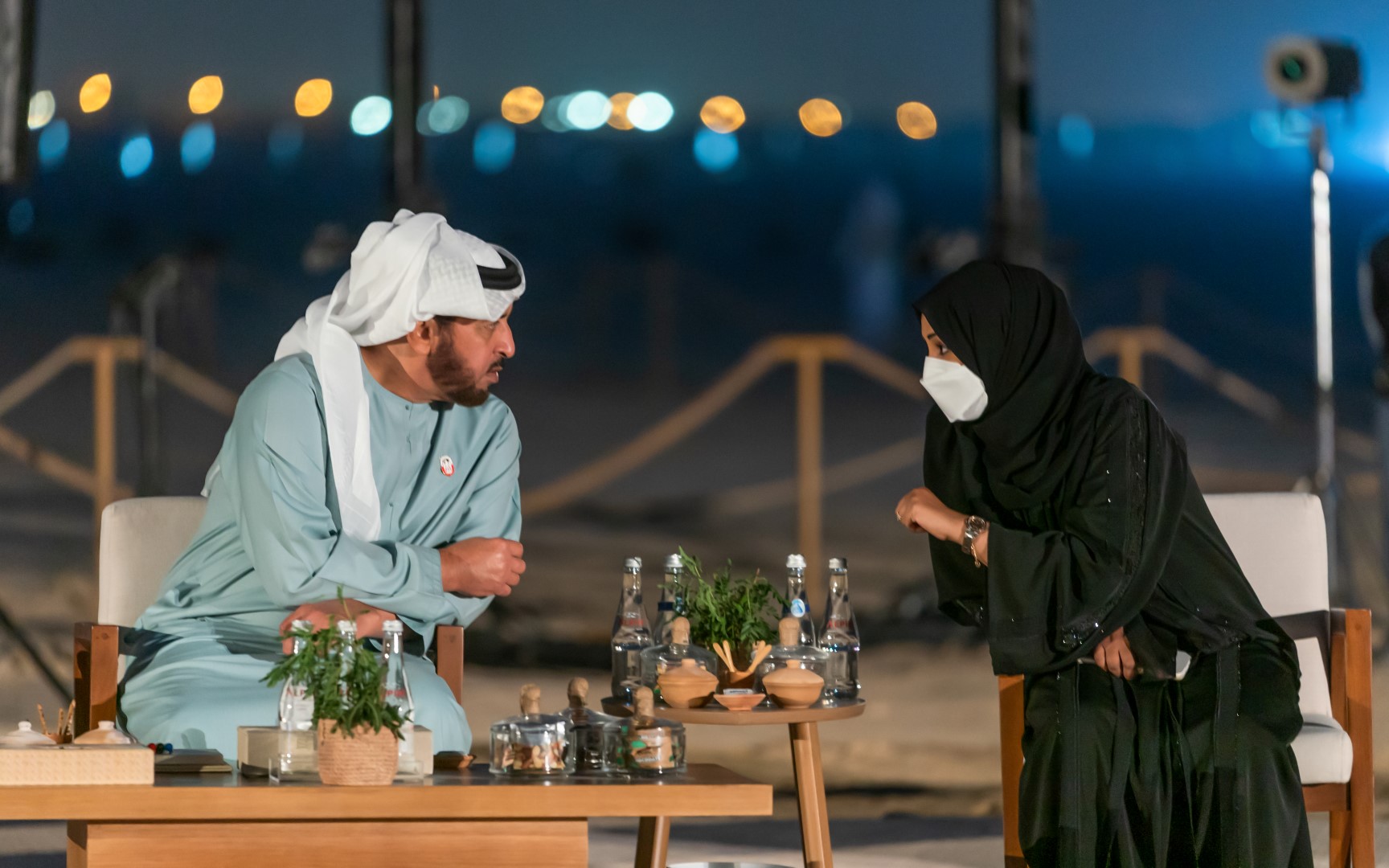 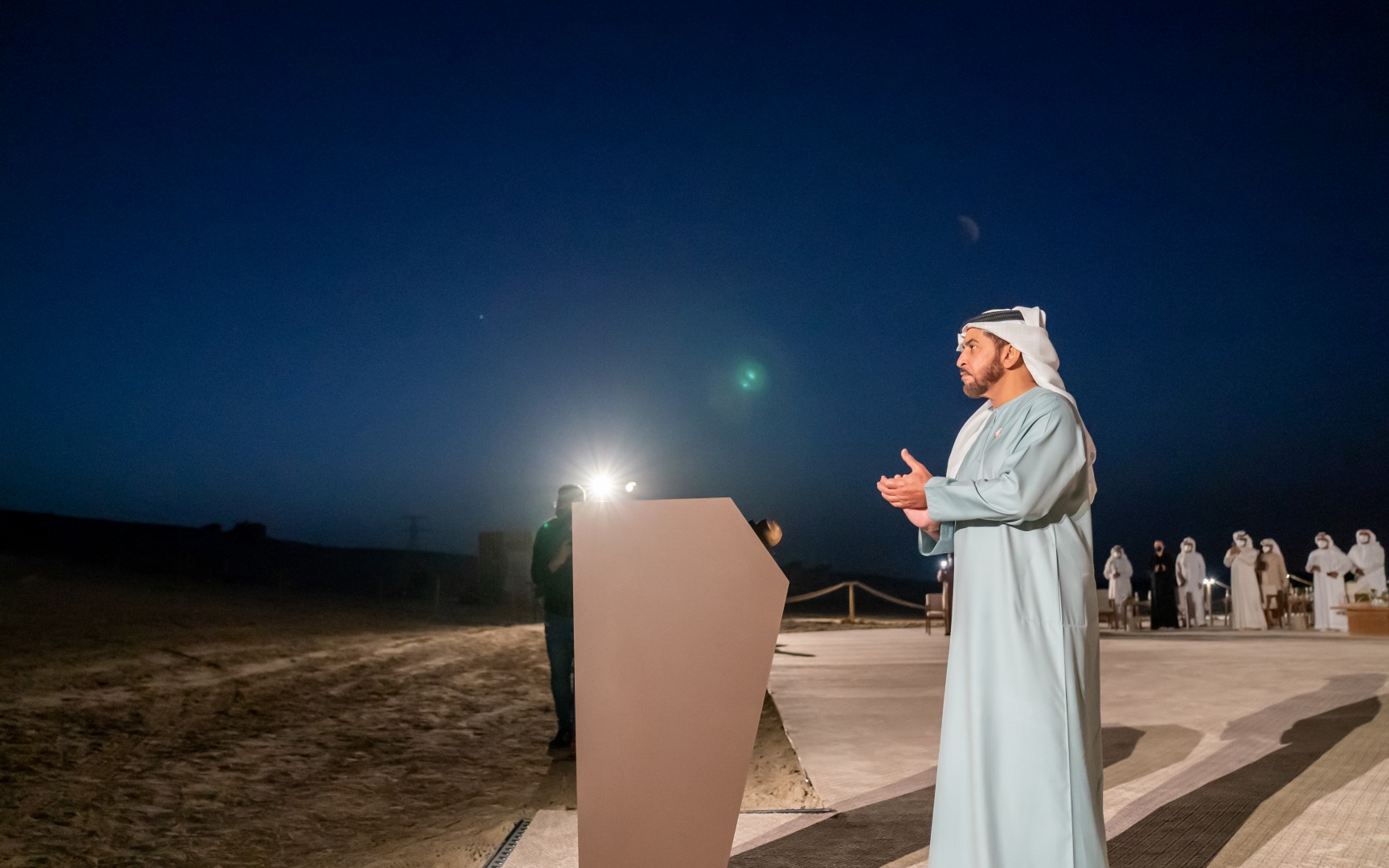 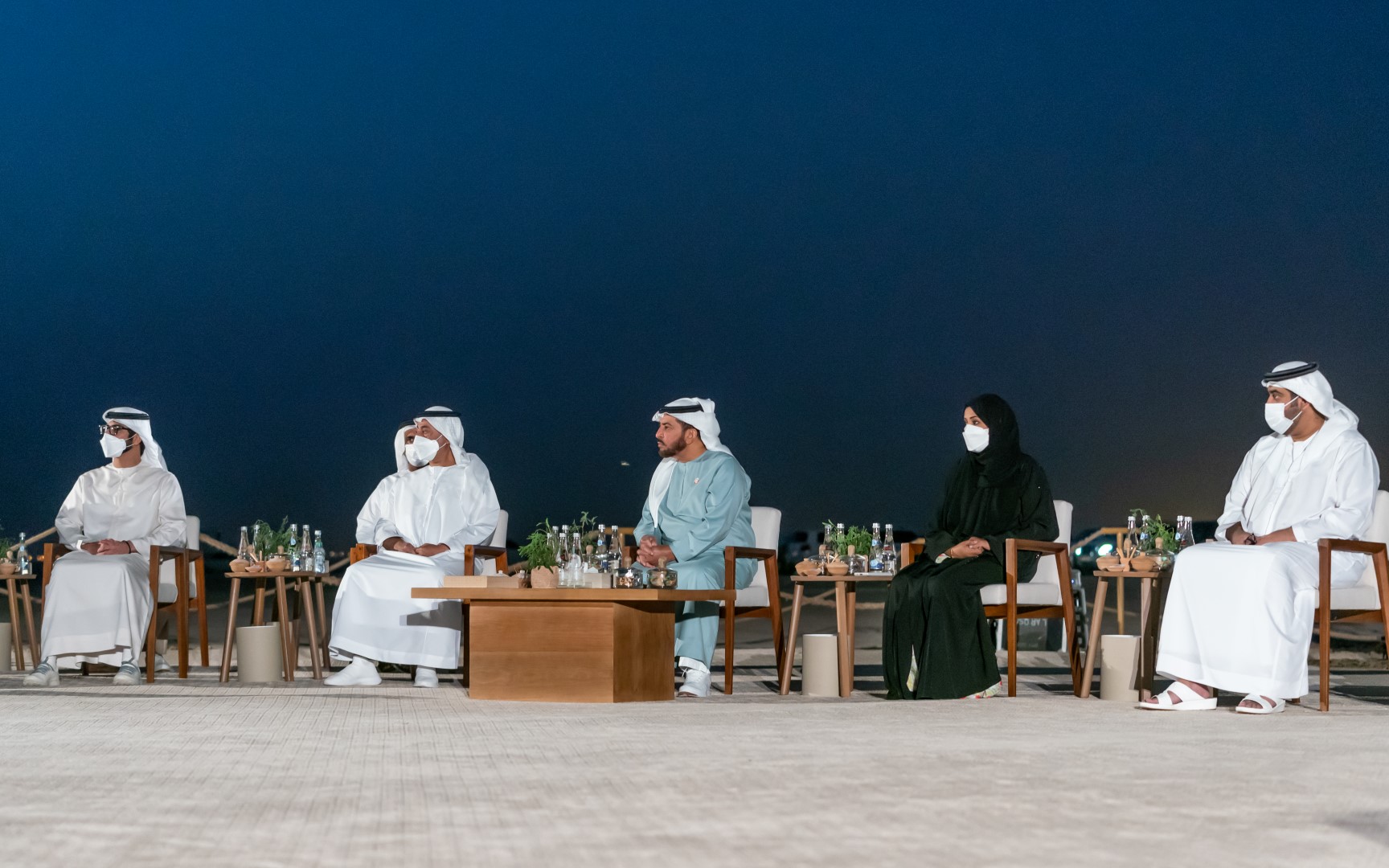 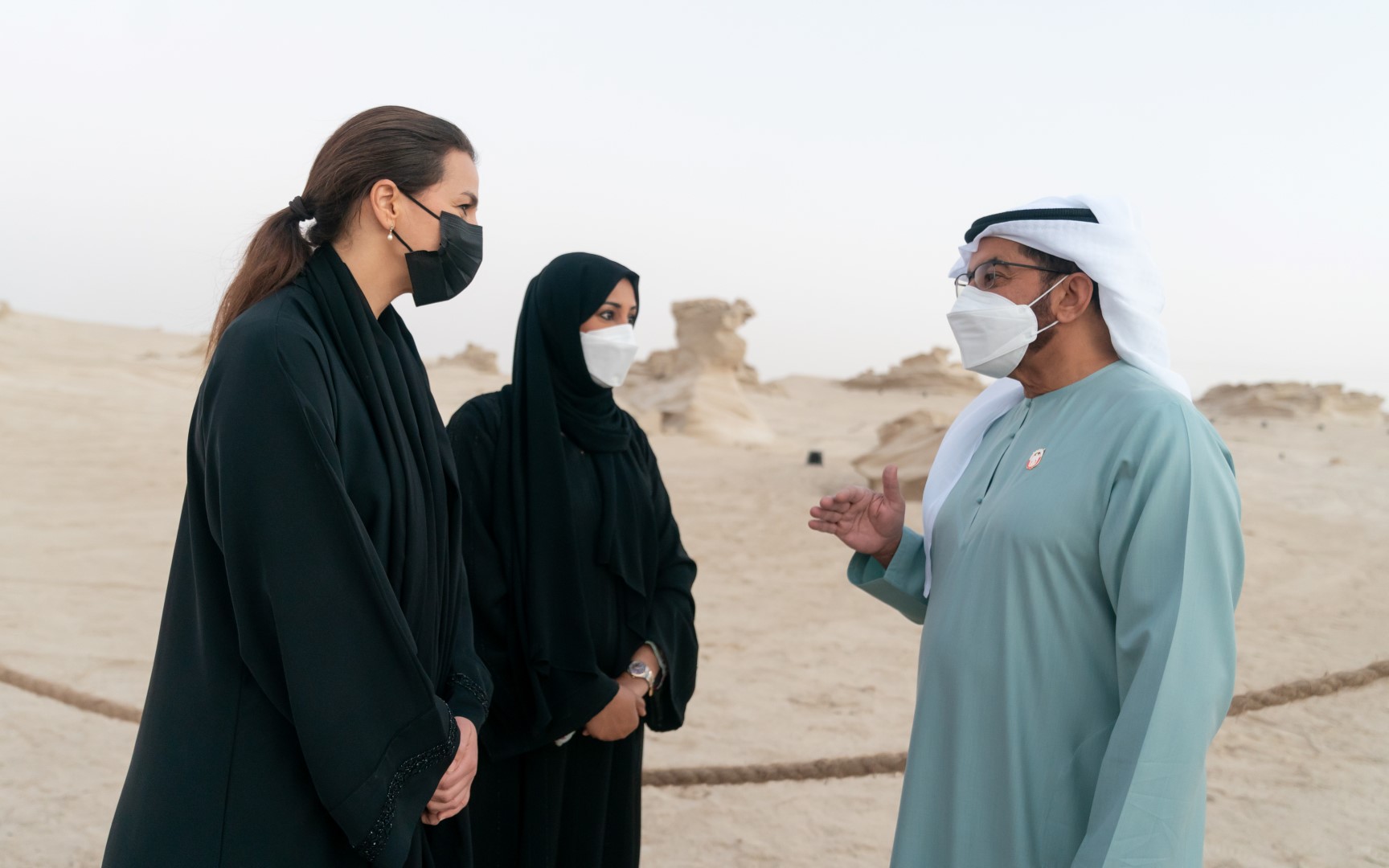 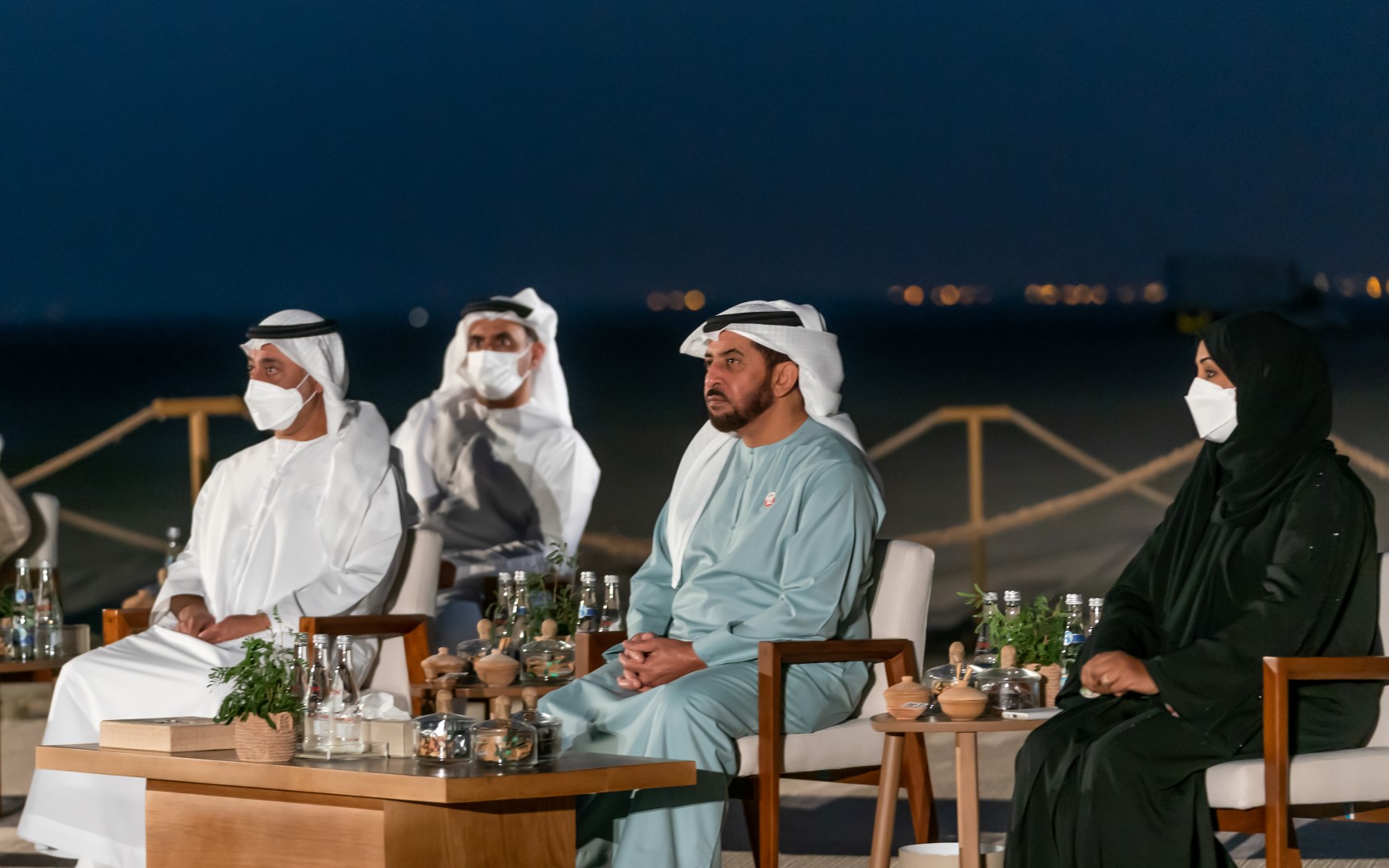 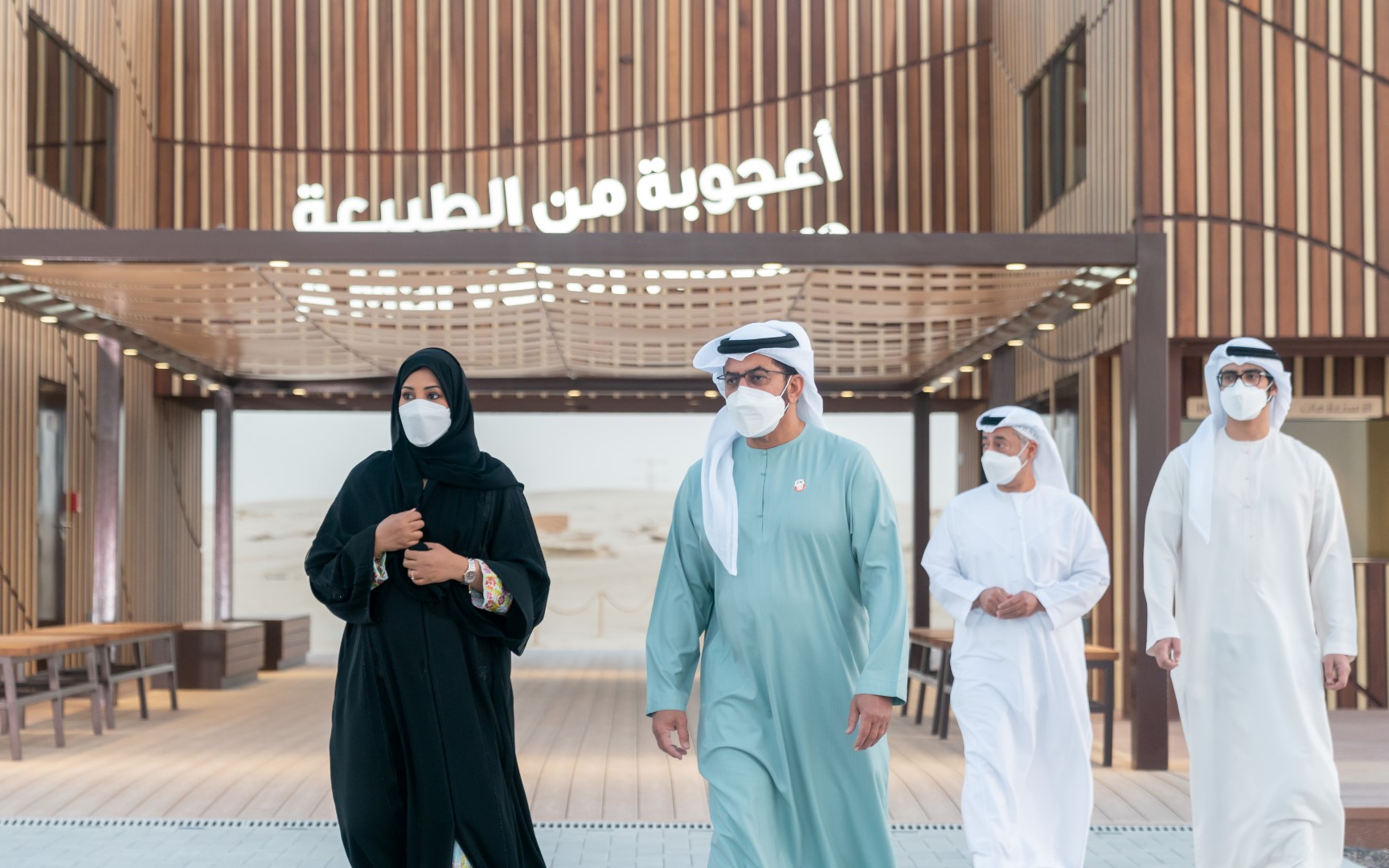 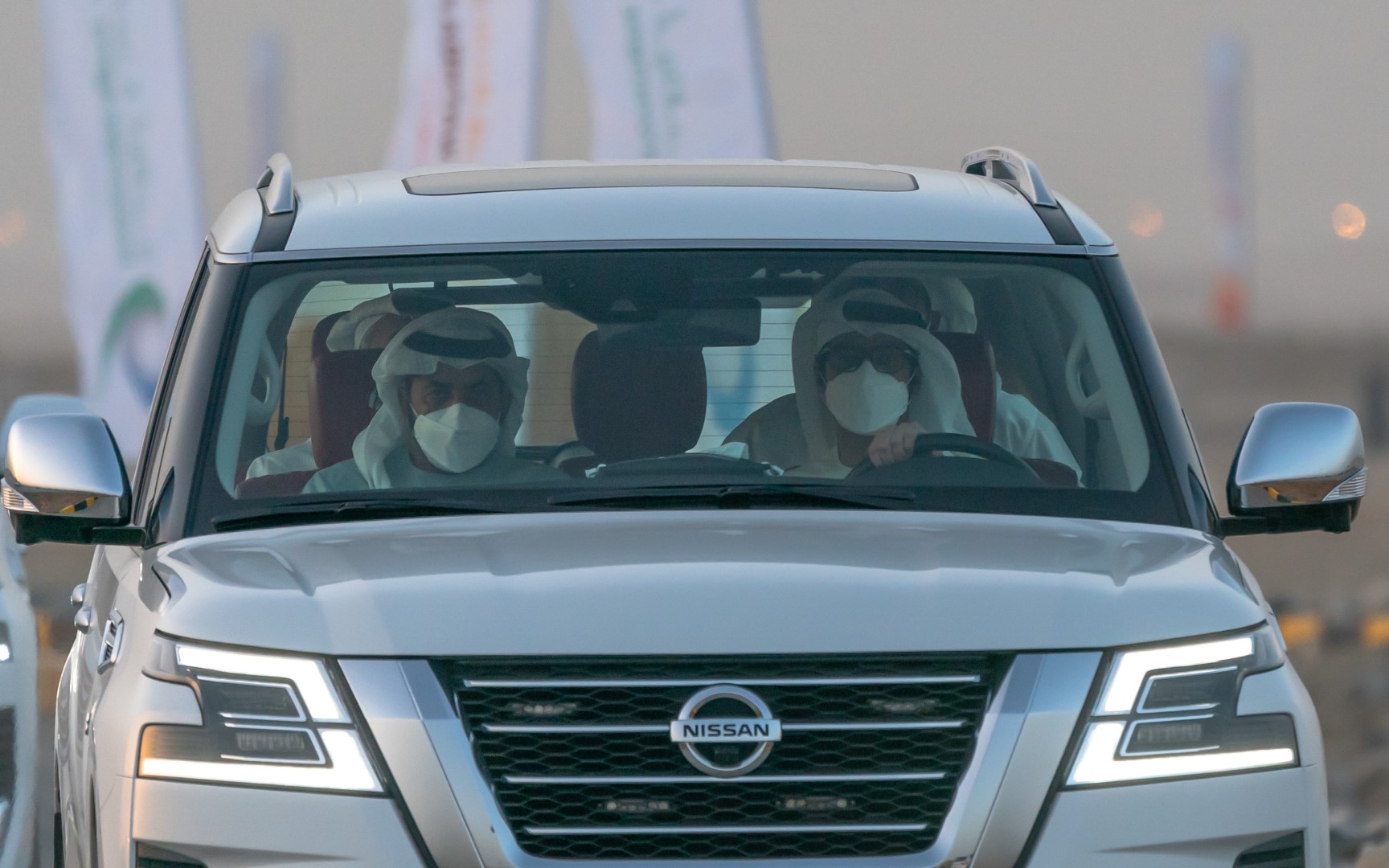 The Protected Area located 45 kilometres to the East of Abu Dhabi city and comprising more than 1,700 fossil dunes, is spread over 7 square kilometres.

H.H. Sheikh Hamdan bin Zayed began his tour of the protected area by visiting the main visitor centre, which includes several facilities such as the viewing area and the gallery corner, as well as benches and several scenic areas to soak in the beauty of the wonderful site.

He also visited the visitors' well-lit trails, which were equipped within the eco-tourism programme, as they offer a unique and distinct opportunity to enjoy the scenic landscapes and practice several activities. These include the opportunity to stroll along illuminated paths of up to 3 km in length back and forth with several umbrellas and seats for rest and recreation.

Sheikh Hamdan said, "The inauguration of the Fossil Dunes Protected Area comes with the aim of protecting the natural heritage of the Emirate of Abu Dhabi and encouraging eco-tourism. Abu Dhabi is rich and offers a unique diversity in its environments, habitats and natural features with impressive natural formations, including the wonderful fossil dunes. These dunes are composed of rare sand formations densely located in Al Wathba area, to the south of Al Wathba Wetland Reserve and can also be found in other areas in the emirate. These fossil dunes have been classified EAD’s Habitat Map and serve as an important habitat for several wildlife species."

He commended EAD for its role in preserving these distinctive and rare fossil formations by declaring this site as a Protected Area. He noted that EAD is also cooperating with partners, such as the Department of Municipalities and Transport, Department of Culture and Tourism and Abu Dhabi Waste Management Center (TADWEER) to protect this unique site.

His Highness praised the efforts of the work teams at EAD and their role in preserving the protected area and providing the infrastructure to receive the public.

Visitors can also enjoy music and light shows which will take place throughout opening hours and can be viewed from the amphitheatre area, which holds up to 200 visitors. The site will also feature various food and beverage trucks in dedicated areas.

Throughout the site, the educational aspect will be emphasised with numerous awareness and guiding posters, in addition to the opportunity to read the latest publications by EAD. Furthermore, to ensure visitors' comfort, common facilities will be provided including parking and others.

The Protected Area, which is one of the key components of Abu Dhabi and the UAE's natural heritage, is listed in the third category of natural reserves (geological features), according to the International Union of Conservation of Nature's criteria. The area is also nominated to be listed in UNESCO's Global List of Geoparks. Specialists estimate the age of fossil formations within the protected location trace back to the Ice Age from around 120,000 years ago.

Fossil dunes are outcrops of lightly cemented, cross-bedded dune sands, formed by the deposits of calcium carbonate and other salts from ground water during the glacial period. The formations in Al Wathba area derive their shape from the interaction between wind force and sediment supply.

The Agency recently implemented a comprehensive plan to develop and protect the fossil dunes site in Al Wathba, covering the site's infrastructure and constructing several service and tourist facilities, such as the visitors’ centre. EAD also installed signposts and created trails and paths for visitors and completed internal and external fences that stretch for a total of 7 kilometres, in addition to completing the internal road network.

The Protected Area will receive its visitors starting from Saturday, February 5th throughout the week, from 8:00 until 22:00 and on Fridays, Saturdays, Sundays and official holidays, the site will be open until 23:00 in the evening granting free entry and a unique model of eco-tourism.

The Agency also launched a media campaign to raise public awareness of the site and its importance, mainly through key messages on EAD's social media platforms. It asserted the need to avoid climbing the fossil formations, throwing garbage or organising any activities or events at the site. EAD emphasised the necessity of keeping the site clean and not committing any violations that may jeopardise or negatively impact the fossil dunes and the site's safety and sustainability.