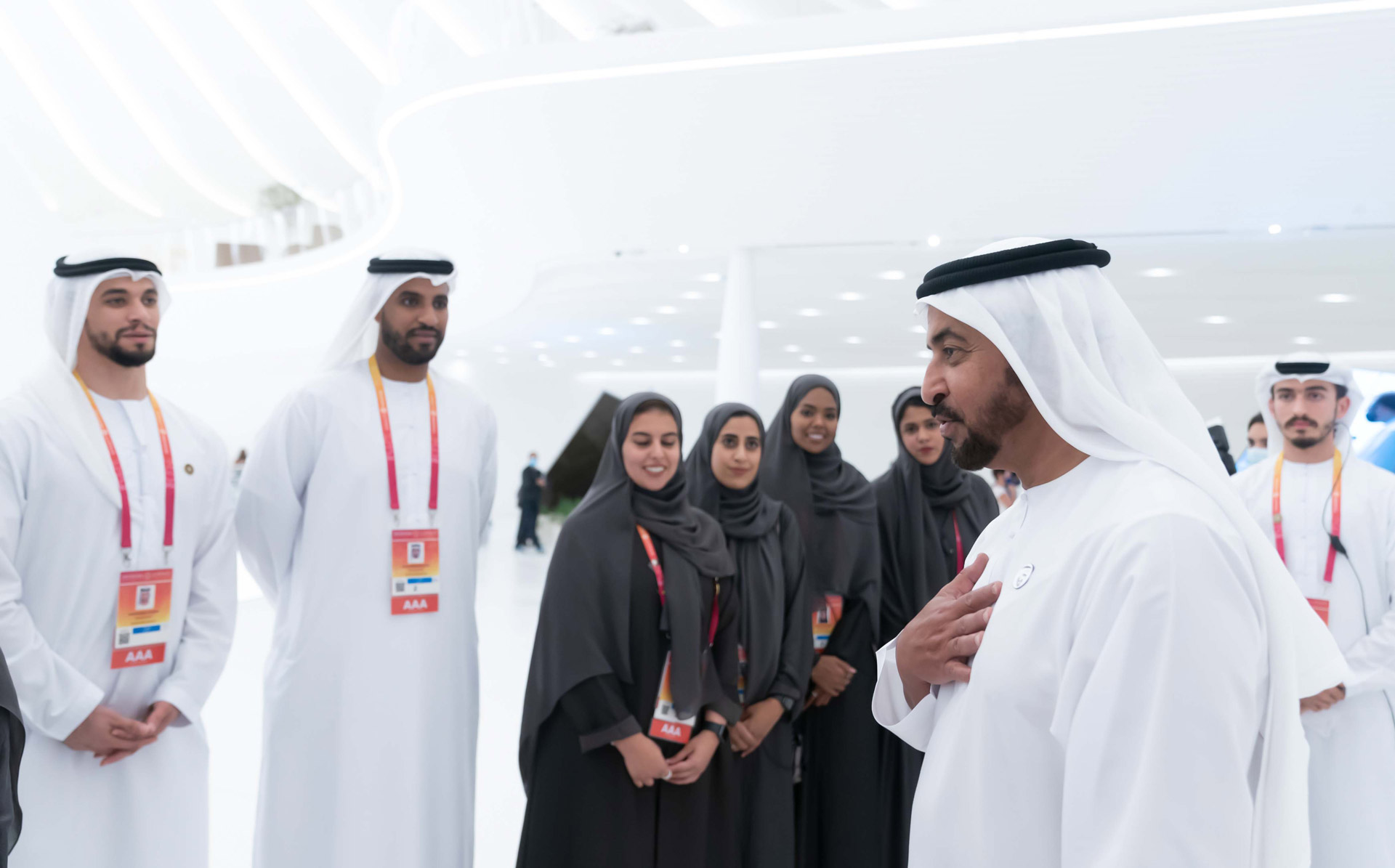 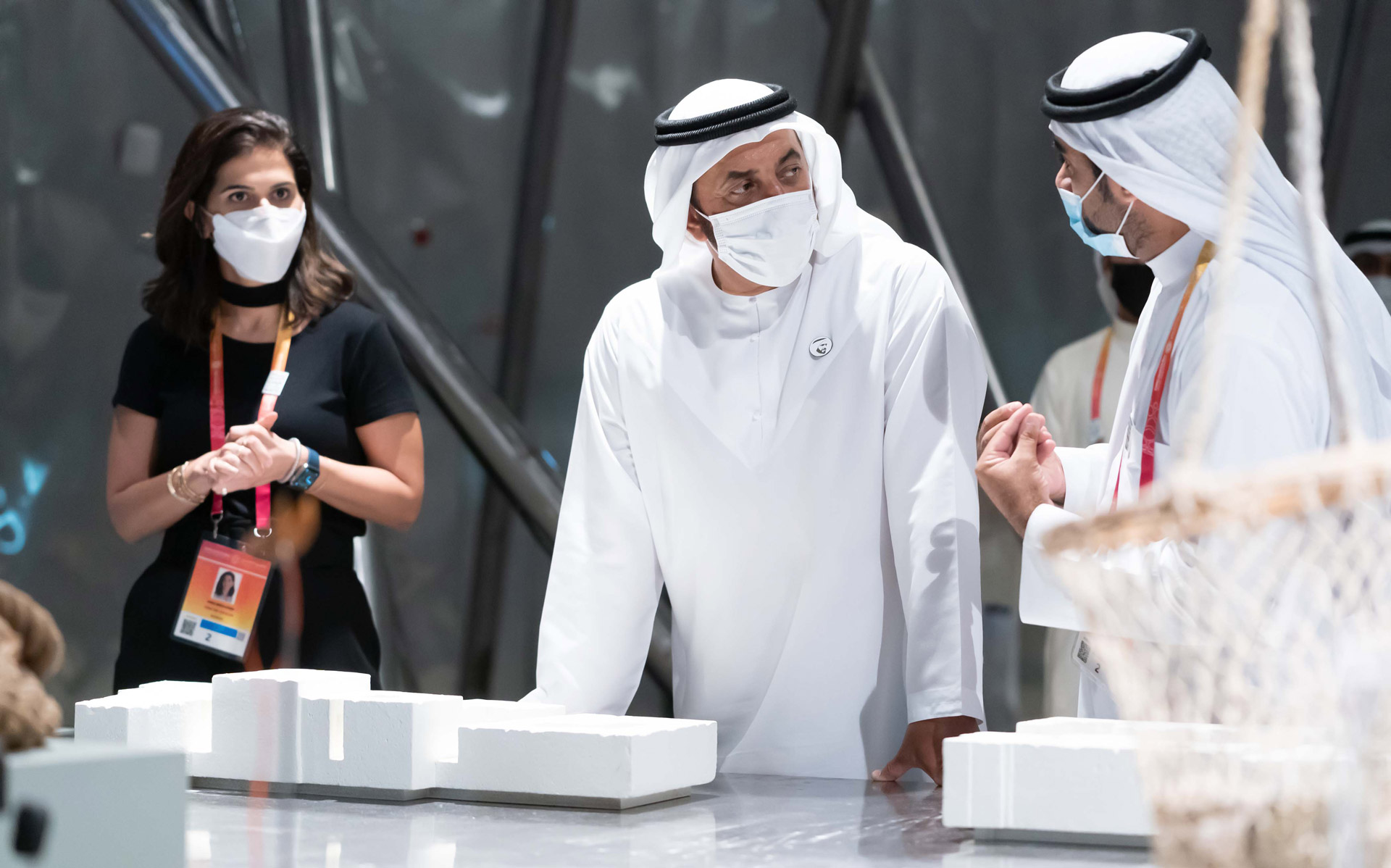 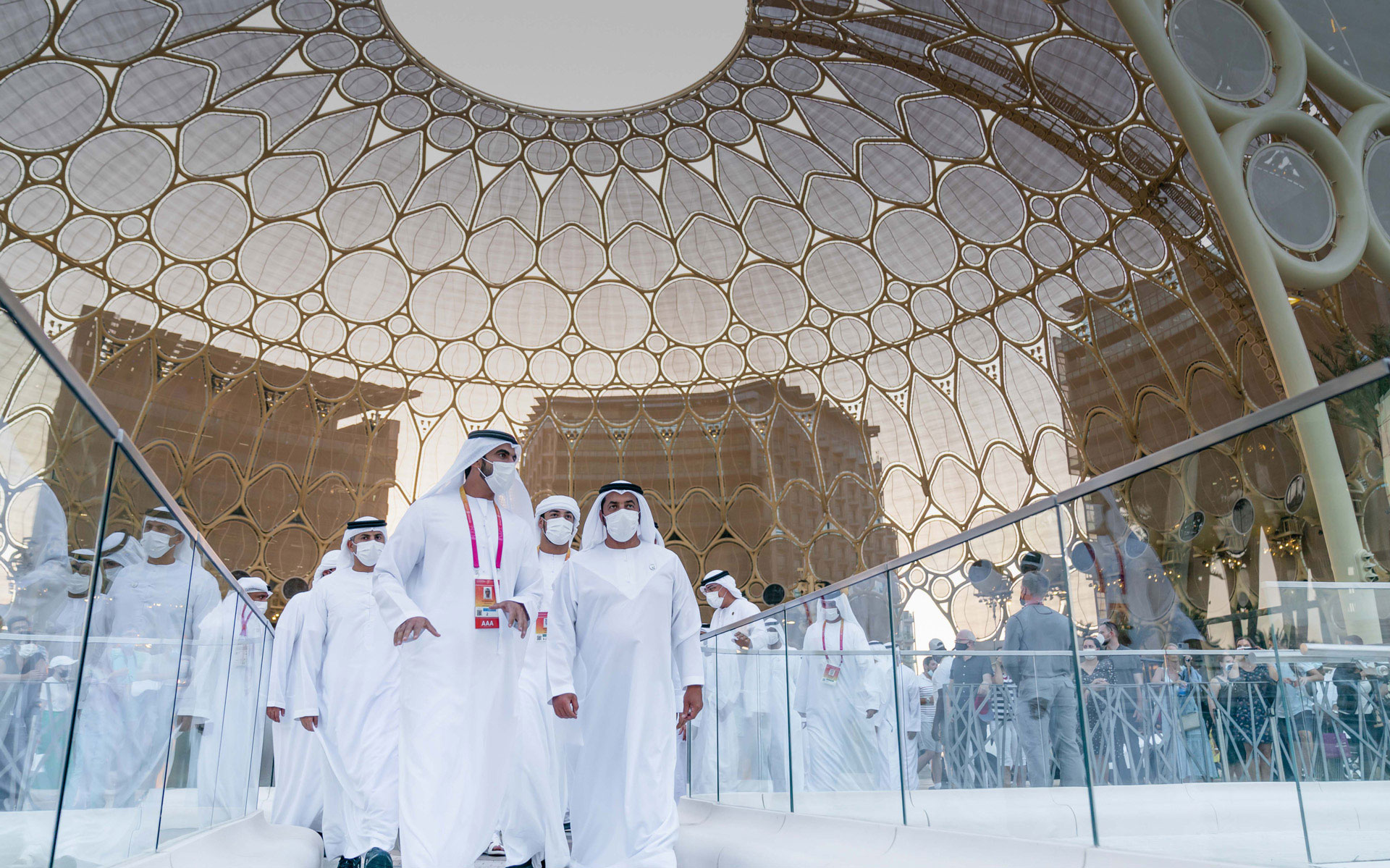 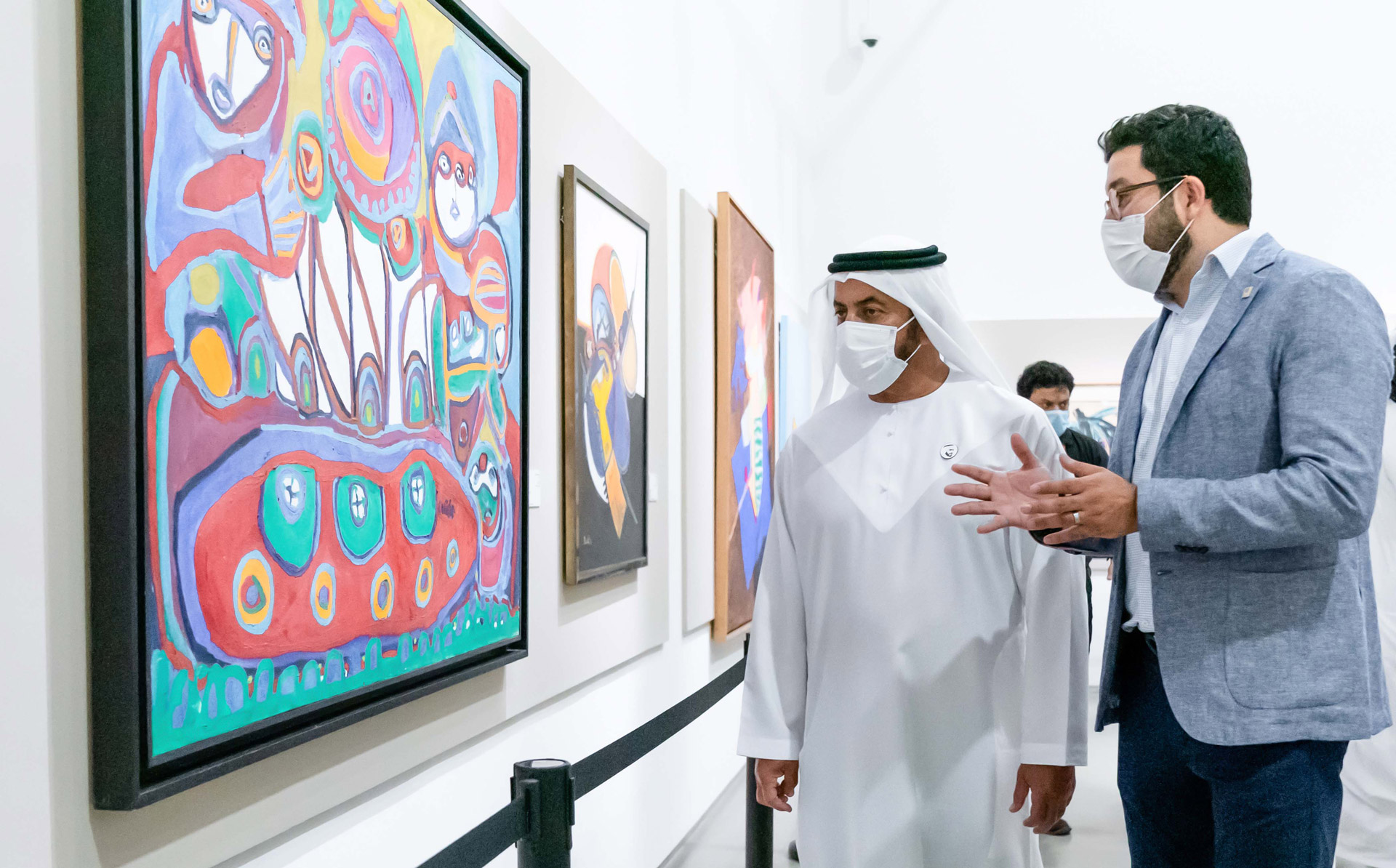 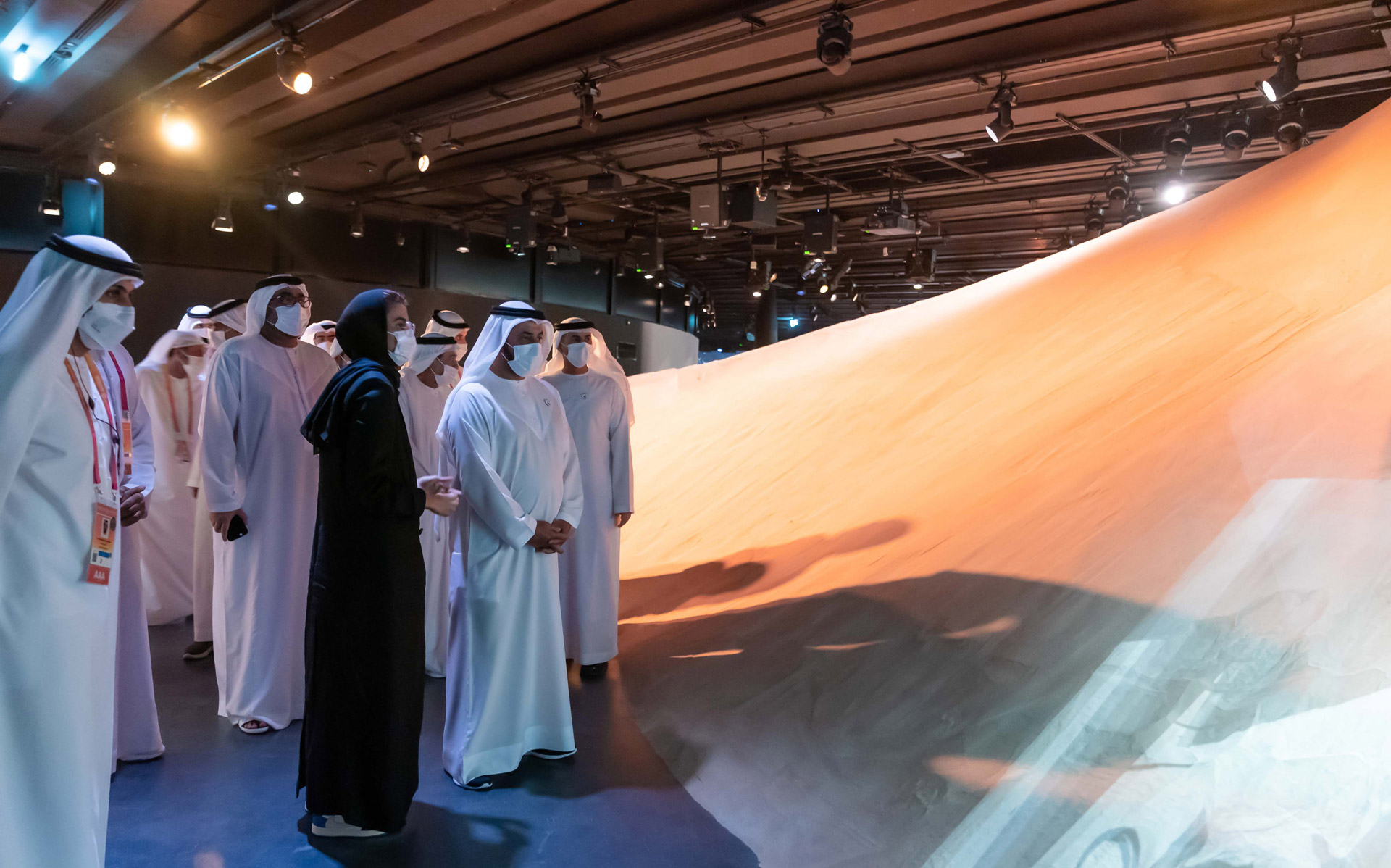 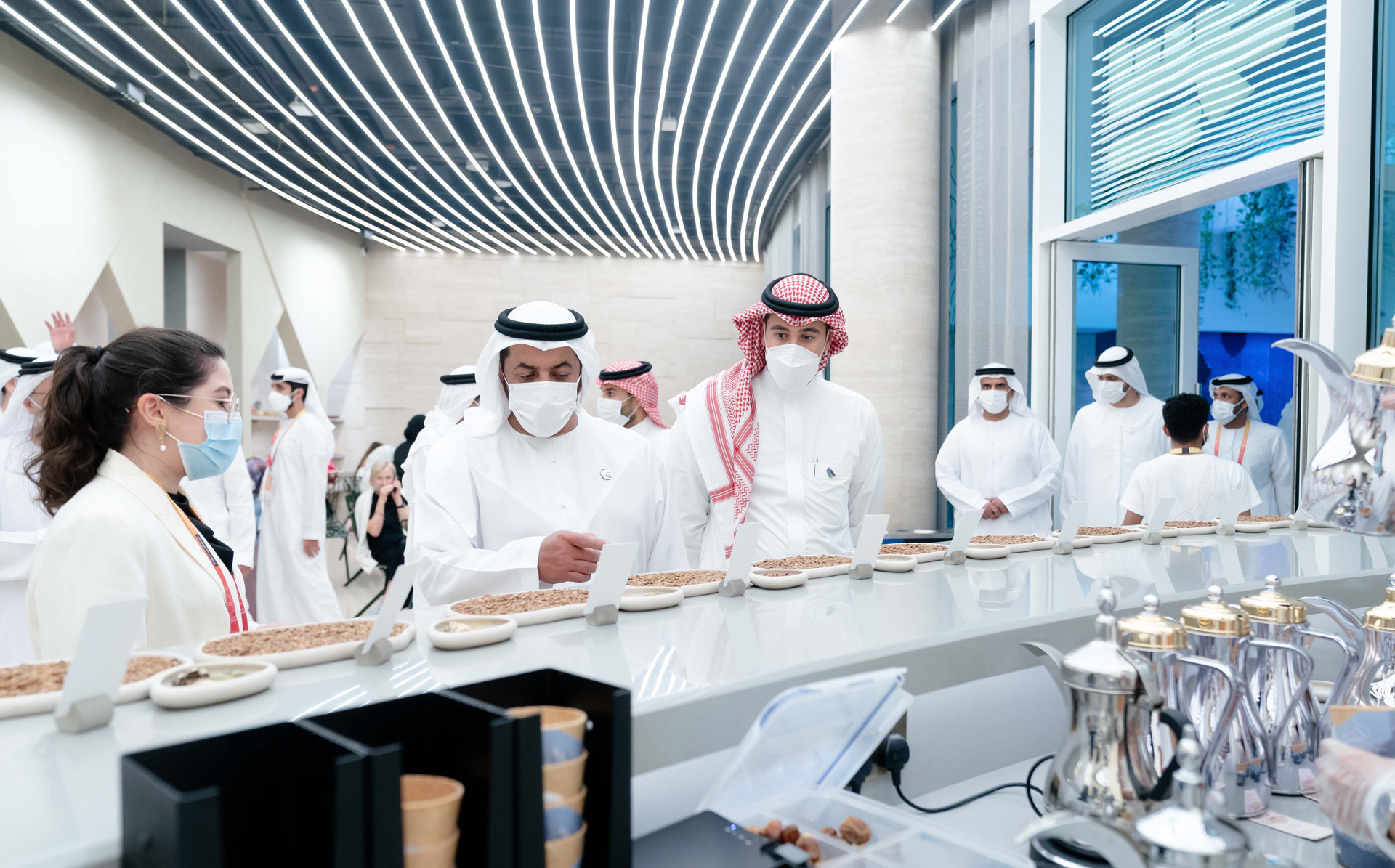 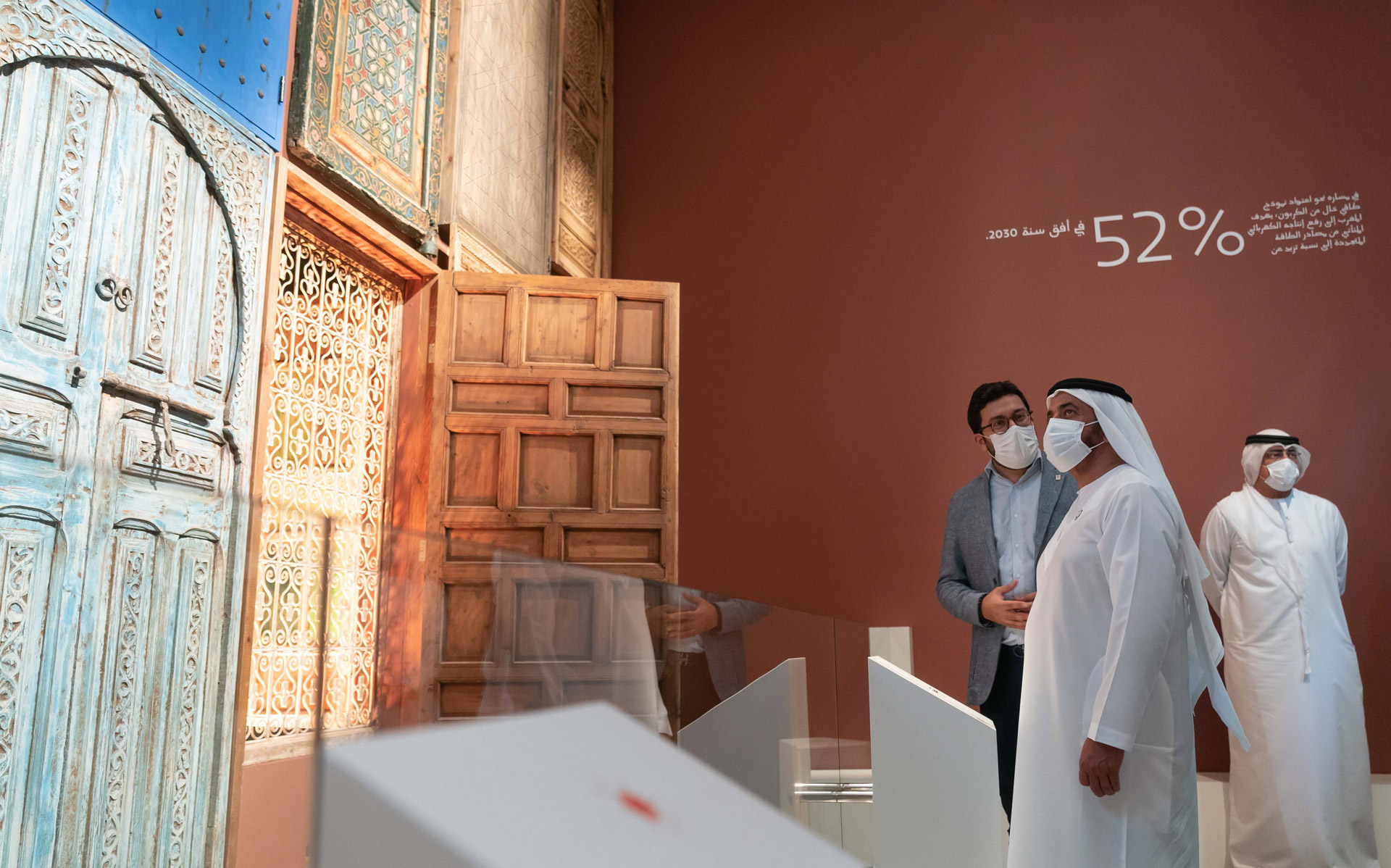 It is also a cultural and tourism event that gathers the world’s countries and highlights their achievements and latest innovations in one place, he added. By hosting the event, the UAE aims to offer a rich and unique experience, inspire others and showcase its traditional values, culture and achievements, which was made possible by the wisdom of its leadership and its ability to host a major international event such as the Expo 2020 Dubai, he noted.

He made this statement while visiting the pavilions of the UAE, Saudi Arabia, Morocco and Bahrain.

H.H. Sheikh Hamdan began his tour by visiting the UAE pavilion, which tells the story of the UAE, "The Homeland of Dream and Achievements". Here, he was briefed about showcased local products and watched documentaries about the formation of the country and the vision of the Founding Leaders to establish a modern and advanced country that preserves the traditional values of its people’s ancestors.

He then visited the pavilion of Saudi Arabia located in the Opportunity Area, which is the second-largest pavilion at the event and is being held under the theme, "Unlimited Ambition."

Sheikh Hamdan also visited the pavilion of Bahrain, which covers an area of 2,000-square metres. He later stopped at the Moroccan Pavilion, covering a 2,000 square meter areas.