Under the patronage of H.H. Sheikh Hamdan Bin Zayed Al Nahyan, Ruler's Representative in Al Dhafra Region, the Committee for the Management of Cultural and Heritage Festivals and Programmes in Abu Dhabi, announced the launch of Al Dhafra Grand Kingfish Championship for Men and Women from 14th to 16th May, 2021, at Dhafra port in the Emirate of Abu Dhabi. 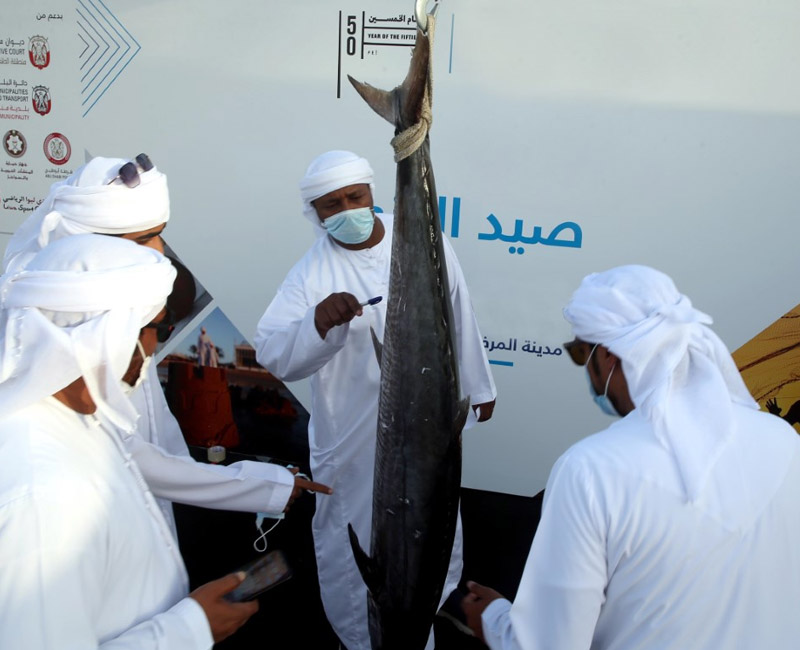 Organisers said the championship introduces the coasts and islands of the Dhafra Region to the public to create an opportunity for traditional sportfishing amateurs to participate in these championships. It encourages the spirit of honest competition amongst them, and to revive fishing as a hobby, whilst contributing to maritime safety, regulating kingfish hunting and preserving traditional competitions which reflect the UAE’s heritage.

Obaid Khalfan Al Mazrouei, Director of Planning and Projects Department of the Committee, noted that the championship had witnessed during the first and second days of registration a great turnout that exceeded expectations with 442 confirmed participants - 430 men and 12 women.

He also confirmed that the championship organisers will be implementing all precautionary and preventive measures duration the championship, in coordination with the concerned authorities, to prevent the spread of the COVID-19 virus.

Al Mazrouei stressed that the only fishing method allowed at the championship is with a mandrake/scraping/with a hook or a traditional thread, and fishing by the method of weaving of all kinds is not allowed (hayla, brassim, nylon, marine pistol, manhla or poi and all other means).

The championship will adhere strictly to security and safety conditions in line with the country's laws and regulations (Abu Dhabi Critical Infrastructure and Coastal Protection Authority and the Environment Agency Abu Dhabi).

Championship terms and conditions include shooting a video of the contestant's action – starting with catching the fish and ending with taking its weight (minimum fish weight is 15kg). Fish caught should be taken for weighing at the committee's office on-site, between 8:00 and 18:00. The video must be clear, uncut, and taken from inside the boat only. The boat's circumference must be shown without using a camera zoom. Interrupted videos and videos not focusing on the fish, will be disqualified. Videos must be uploaded to Instagram with the contestant's name, date and time, and hashtag #ourheritage. Videos should also be sent via WhatsApp (0508282330), or handed over to the committee office at the festival site on USB or any other suitable format.

Al Mazrouei added that it is necessary during the filming process to show the contestant's sticker with their number, full name, date and time, and a 360 shot before loading the fish to the boat. Also important is shooting the scales at zero before the weigh-in and showing the full fish before weighing. Any videos that do not comply with the video terms and conditions will be disqualified.